Vancouver gets in the mood with heart-shaped bike racks 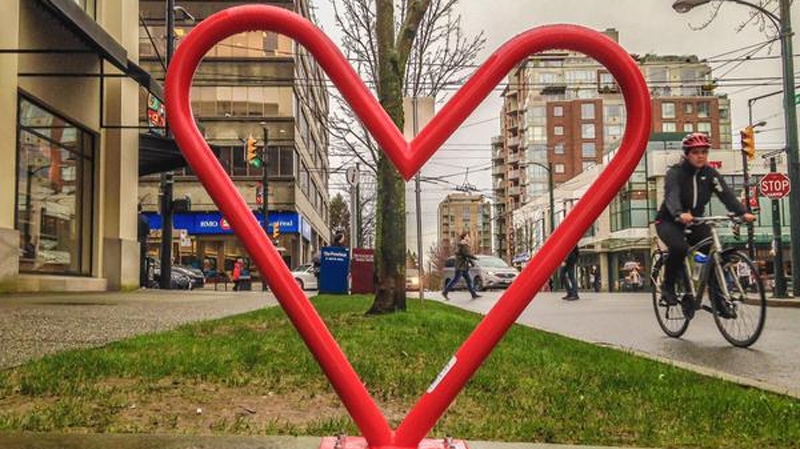 The City of Vancouver is getting romantic this Valentine’s Day with six new bike racks being installed around the city.

The red, heart-shaped racks are popping up in urban locations, including outside of the Vancouver Art Gallery and the West 10th Avenue bike route.

The city says the racks, designed by local firm Dobra Design, are permanent fixtures and won’t be removed after Feb. 14.

“Adding delight to the streetscape through street furniture such as the heart-shaped bike racks is a great way to improve the active transportation and public space experience,” a city spokesperson told CTV Vancouver.

They cost about $540 each, compared to others around the city that range from $200 to $2,000, depending on design and size, according to the city.

While many people on Twitter applauded the city for combining infrastructure with public art, others said the resources could be used elsewhere.

“Fix a pothole or Kent St. instead,” one Twitter user wrote.

The new heart-shaped racks can be found at:

@CityofVancouver this is why we need to vote no... Stop wasting funds on stupid crap