Vancouver firefighters called to more than 6,000 OD calls this year 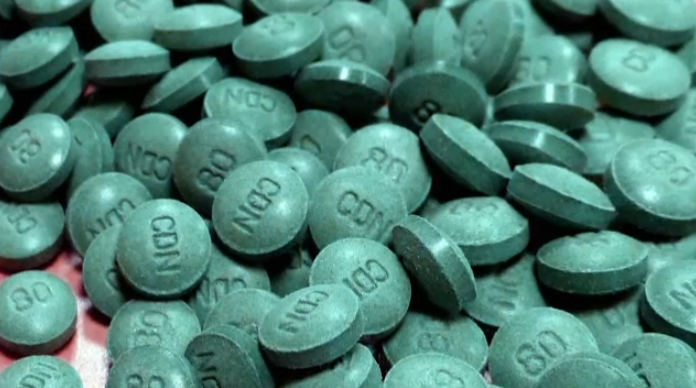 The number of overdose calls Vancouver firefighters responded to so far in 2017 represents a 28 per cent increase over this time last year.

Vancouver firefighters have responded to more than 6,000 overdose calls this year, a 28 per cent increase over last year with a month remaining in 2017.

Mayor Gregor Robertson says the numbers highlight the magnitude of the "horrific" opioid crisis that is tearing through the city, province and country.

The city says the high volume of calls is putting a continued strain on services and front-line workers.

Four of the deaths occurred outside the troubled Downtown Eastside neighbourhood, which the city says highlights the need for extended services and supports.

Capt. Jonathan Gormick says the service has begun more frequently rotating staff through the fire hall that has been most affected and has added a second medic unit.

He says these strategies have made the workload manageable, but further increases in calls could leave crews searching for new ways to provide care and keep staff healthy and safe.

"Most troubling has been the increase in overdose calls and overdose deaths outside of the Downtown Eastside," he says.

Gormick says people in the community are needlessly dying because they are using alone or don't have naloxone, a medication that blocks the effects of opioids.

"It is critical that anyone who uses any kind of drug that did not come from a pharmacy have a naloxone kit, and notify someone when they use," he says.

"The tragedy of dying a preventable death far outweighs the stigma of speaking openly about drug use."

Robertson says far too many lives have already been lost to preventable overdoses and too many families are grieving.

"While I commend and want to thank our heroic first responders, city staff and community service workers for their extraordinary efforts to save lives, the impact is taking a significant toll on them," he says in a statement.

"We will continue to push hard for significant investments and a co-ordinated national response by all orders of government -- including other municipalities, federal and provincial governments and First Nations -- to end this tragic epidemic."

The centre will bring together provincial, municipal, Indigenous and law enforcement resources and include a team of experts and staff.

Toxicology reports on the most recent deaths are not yet complete, and final overdose death numbers need to be confirmed by the B.C. Coroners Service, the city says.

The most recent numbers from the coroner say more than 1,100 B.C. residents have died from illicit drug overdoses in 2017 as of the end of September.