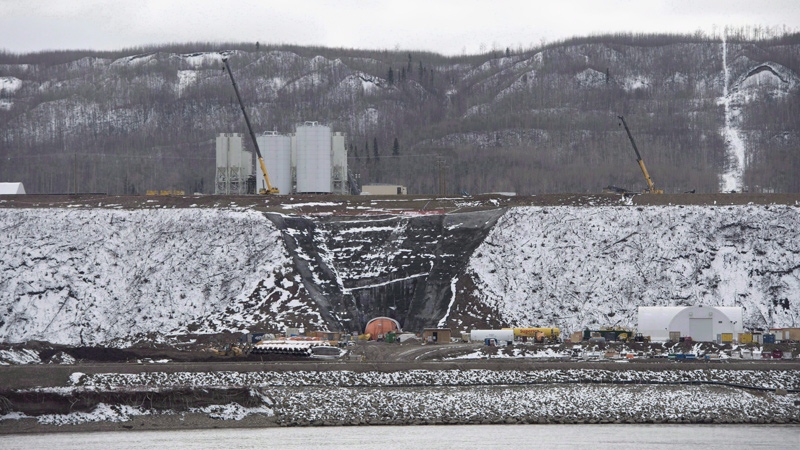 The Site C Dam location is seen along the Peace River in Fort St. John, B.C., on April 18, 2017. THE CANADIAN PRESS/Jonathan Hayward

A United Nations committee on eliminating discrimination is warning Canada that continued construction of the Site C hydro dam in British Columbia may violate international agreements.

In a letter to Canada's ambassador to the UN, the anti-discrimination committee says continuing work on the dam goes against the right to free and informed consent from local Indigenous people.

The letter says Canada's own research suggests the contested dam will cause permanent and irreversible damage to the traditional lands of First Nations.

It adds that continuing with the work will violate a 50-year treaty on fighting discrimination, which Canada has signed with 88 other countries.

Many say Site C will continue the damage to the Peace River watershed begun by the Bennett Dam, which is often blamed for major disruption to water levels across the river delta in Alberta.

B.C. Hydro says the dam, which is currently under construction in the northeast, is crucial to the province's energy future.