Ukrainian refugees with pets get a helping hand from B.C. organization 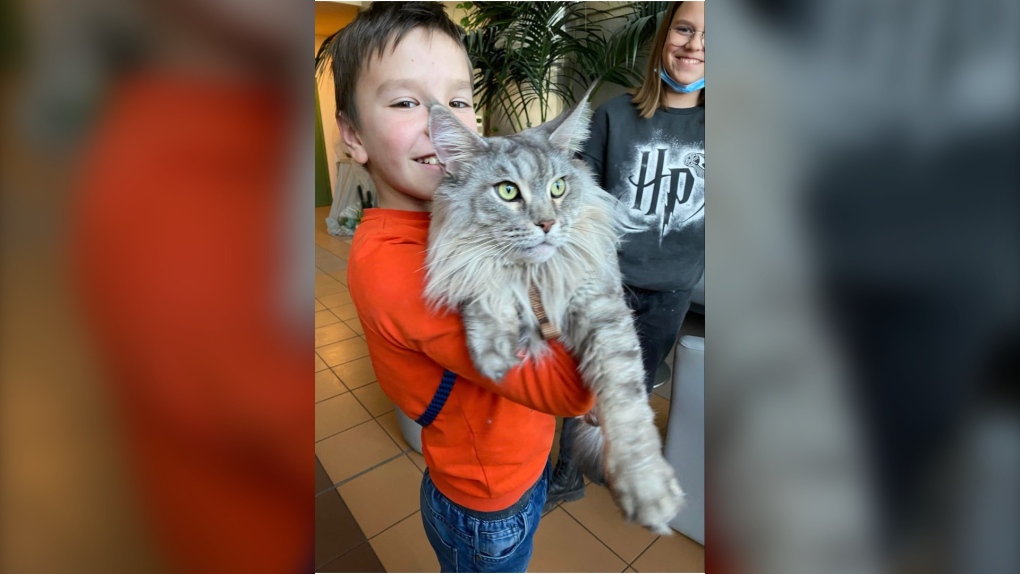 This photo provided by the BC Animal Food Bank shows a boy who recently fled Ukraine holding his cat.

Nicole Frey’s pets are part of her family, and she can’t imagine leaving them behind if she ever had to flee her home in an emergency.

That’s why the founder of the BC Animal Food Bank says the organization is fundraising to provide for pets and animals impacted by the crisis in Ukraine.

“People want to evacuate with their pets, they treat them like family, and there's likely not going to be a lot of services set up to receive them. So we wanted to be able to act quickly, to offer aid wherever we could, and make sure that the animals had the basic necessities,” Frey said.

“When the war started, I immediately started reaching out to founders of organizations that were posting on social media, that were in news coverage to see what I could find out. I wanted to make sure that anything donated tasks is going to organizations that can make an immediate impact.”

So far, over 4 million people have fled Ukraine since the Russian invasion began on Feb. 24. Another 7 million have been displaced, forced to leave their homes but remaining in the country.

People fleeing Ukraine carry few belongings, abandoning their luggage and vehicles along the way. But everywhere amid the exodus of more than 2.3 million people are the animals they could not leave behind: cats, dogs, birds, rabbits, hamsters. https://t.co/fh9to0RB1o pic.twitter.com/vK301EuPEX

The BC Animal Food Bank has raised more than $25,000 in donations for groups on the ground in Ukraine and surrounding countries like Poland and Romania that are seeing an influx of refugees. These range from animal shelters in desperate need of supplies, to groups going into Ukraine to rescue  animals left behind, to people delivering necessities to those who stayed in Ukraine with their pets, to others working to make sure refugees aren’t separated from their animals when crossing borders.

Frey said volunteers in B.C. learned a lot about what people fleeing their homes with pets needed, and how few organizations are set up specifically to respond to these needs.

“People were sleeping in their cars because they couldn't get to a hotel that would allow, people were using their emergency vouchers to buy pet food instead of feeding themselves.  We want to eliminate all of that so no one ever has to make the decision of, 'Do I take care of my pet or do I take care of my family, because that pet is their family,' Frey said.

“Somebody needs to make sure that these pets are taken care of and considered. We're not asking for human-based organizations to change their structure. We're just going to come in and provide that service in parallel.” 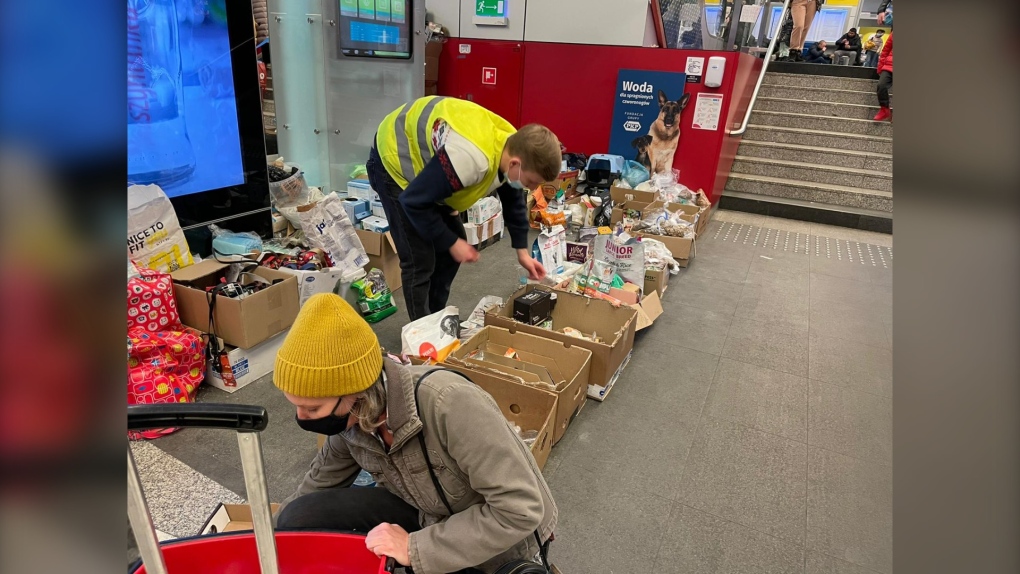 Volunteers with on the of the organization's supported by the BC Anima; Food Bank at a train station in Poland providing food and other necessities to pets of refugees. Now that families with furry four-legged members in tow are arriving in B.C., Frey says they’re putting some of the money raised aside specifically to help refugees provide for their pets.

“I scour social media in my spare time to see where the opportunities are for us to help these animals,” Frey explained, adding this is how she came across a GoFundMe for a Ukrainian family with a pet.

“We're currently working to provide a dog in North Vancouver with some pet food, and a bed and all those kinds of things so that they're not worrying about that.” 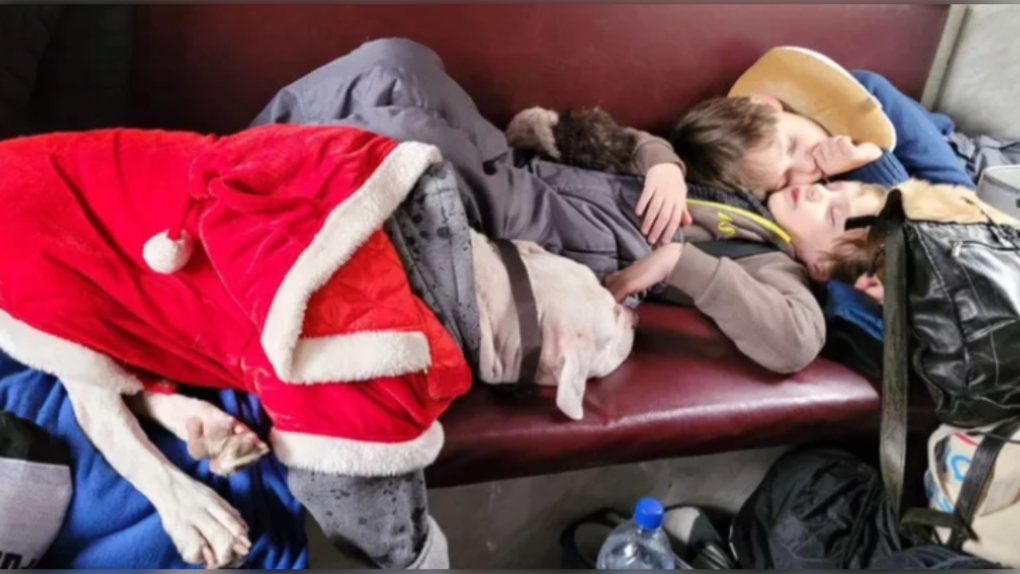 A family who fled Ukraine with their dog has now arrived in North Vancouver, and the BC Animal Food Bank is providing necessities for their pet. (Image credit: GoFundMe)

Frey describes herself as a “crazy dog lady”, motivated by her love of animals, inspired to start the organization after meeting an unhoused man whose dog was hungry.

“We're trying to always make sure that loved, happy pets are with their families because they offer so much value,” she says.

“There's so many intangible benefits to pet ownership and they provide so many mental health benefits, that it's really, really important for us to be an advocate for that.” 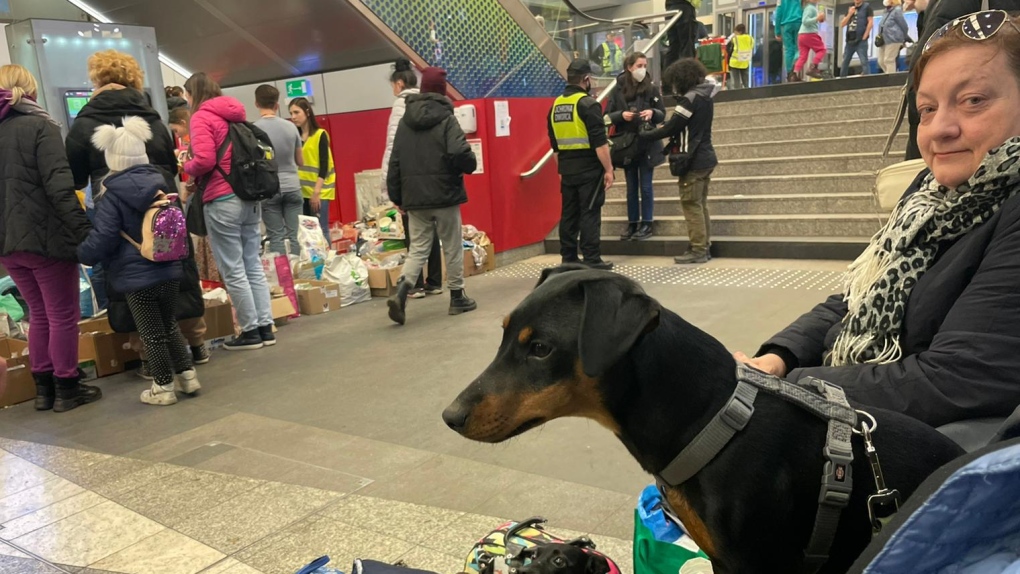 In this photo submitted by the BC Animal Food Bank, a Ukrainian refugee is seen at a train station in Poland with her dog.

Frey says she’s most proud of the organization’s ability to identify needs as they change, and respond quickly. And she has a simple message for anyone interested in helping as refugees continue to arrive in B.C. and beyond.

“We're here Canada-wide to support pets of refugees coming in from Ukraine. If you are a refugee, if you are housing refugees, if you know refugees --  it's as simple as sending us an email. That's all we need and we'll get into action.” 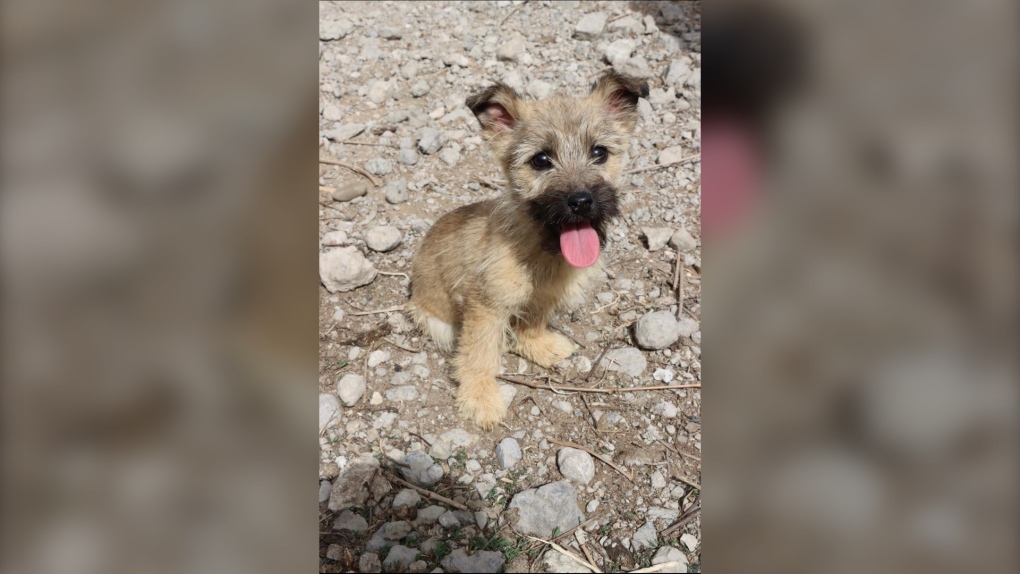 In this photo submitted by the BC Animal Food Bank, a puppy is seen in Ukraine as the war rages on.