TransLink survey finds support for gondola to SFU, but not from residents living in its proposed path 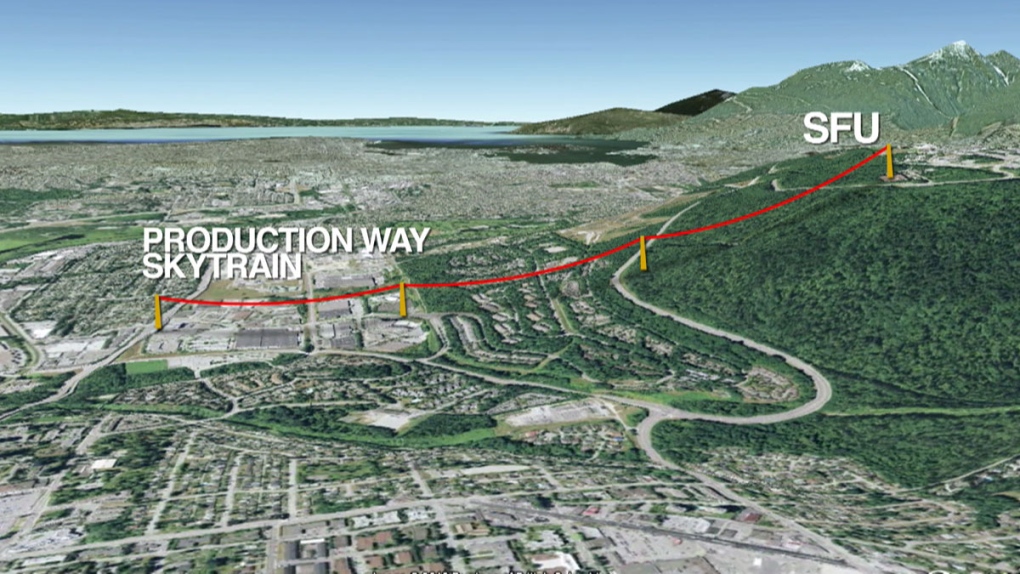 VANCOUVER -- Most of the nearly 13,000 people who completed a TransLink survey on the proposed Burnaby Mountain Gondola project think it's a good idea, but residents of Burnaby's Forest Grove neighbourhood - through which the gondola would likely run - are more inclined to be opposed.

TransLink released the results of its public engagement on the project Friday, saying that 85 per cent of those who responded to the survey between Sept. 1 and Sept. 30 were either supportive or very supportive of the proposal.

That said, a closer look at the data suggests the project - which is not yet approved or funded, according to TransLink - is likely to face vocal opposition from Forest Grove residents.

Roughly 18 per cent of respondents from Burnaby said they live in that neighbourhood, according to a report prepared for TransLink by consultant Kirk & Co.

Surveyed residents of Univercity, the SFU-owned neighbourhood on Burnaby Mountain, were overwhelmingly in favour of the gondola, with 82 per cent describing themselves as "very supportive," while only four per cent were not at all so.

Strong support for the project from the SFU community may be what drove the high level of support seen in the survey's overall results.

More than half of all respondents either work or study on Burnaby Mountain, according to the report. Those people stand to benefit considerably from the gondola if it is built.

TransLink says more than 25,000 daily trips are made between the SkyTrain and the SFU campus each day. The direct route up the mountain by gondola would offer increased capacity compared to the current bus route between those two points while reducing travel times, according to the transit provider.

A second round of public engagement - which will focus on evaluating the three proposed routes for a gondola - is being planned, TransLink said.