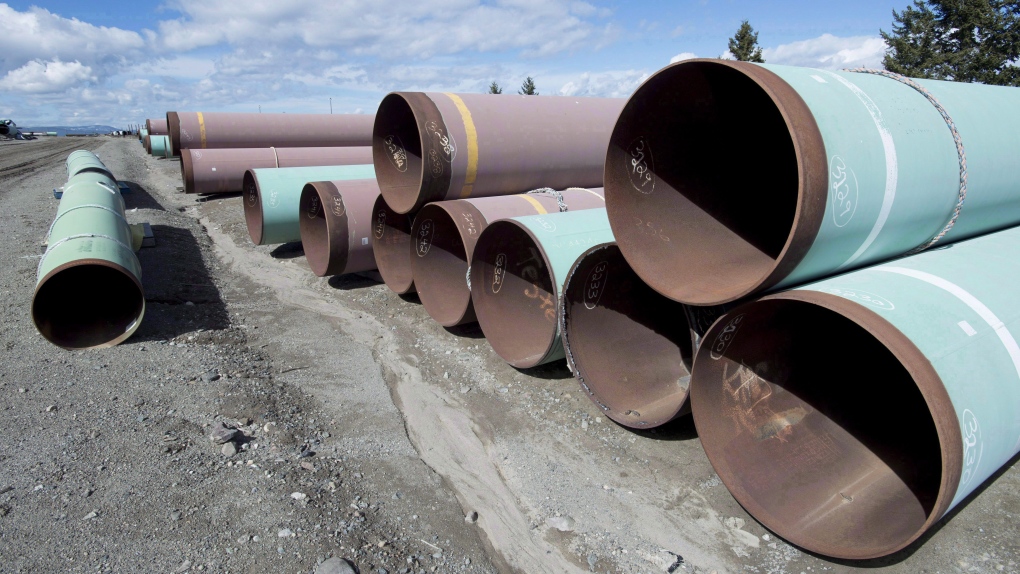 KAMLOOPS, B.C. -- Trans Mountain says it has reached another “key milestone” in the project to triple capacity of a pipeline moving oil from the Edmonton area to port in Burnaby, B.C.

A statement says construction on a seven-kilometre section of the line has begun in Kamloops.

It says a crew of up to 50 is preparing the area, but the workforce will grow to about 600 during peak construction later this summer or early fall.

The federal Crown corporation says completion of the Kamloops section of pipeline is expected in about seven months.

Kamloops is part of Trans Mountain's Interior construction area that is to see 185-kilometres of pipe laid from just north of the city to the summit of the Coquihalla Highway.

Trans Mountain delivers about 300,000 barrels of petroleum products daily, but expansion is expected to boost that to 890,000 barrels and increase the number of tankers through Vancouver's harbour to more than one a day.

“It is good news for workers in the region and an important step forward on the path to building this critical piece of infrastructure,” Ian Anderson, president and CEO of Trans Mountain, says in the statement.

Construction spending in the Kamloops area is expected to be more than $450 million over the next two years, with additional workforce spending of more than $40 million.

Pipe installation began in Alberta late last year and the first section of pipe, near Edmonton, is 60 per cent complete, the company said last month.

The estimated cost of completing the entire expansion project was originally estimated at $7.4 billion, but Anderson said in February the budget had grown to $12.6 billion.