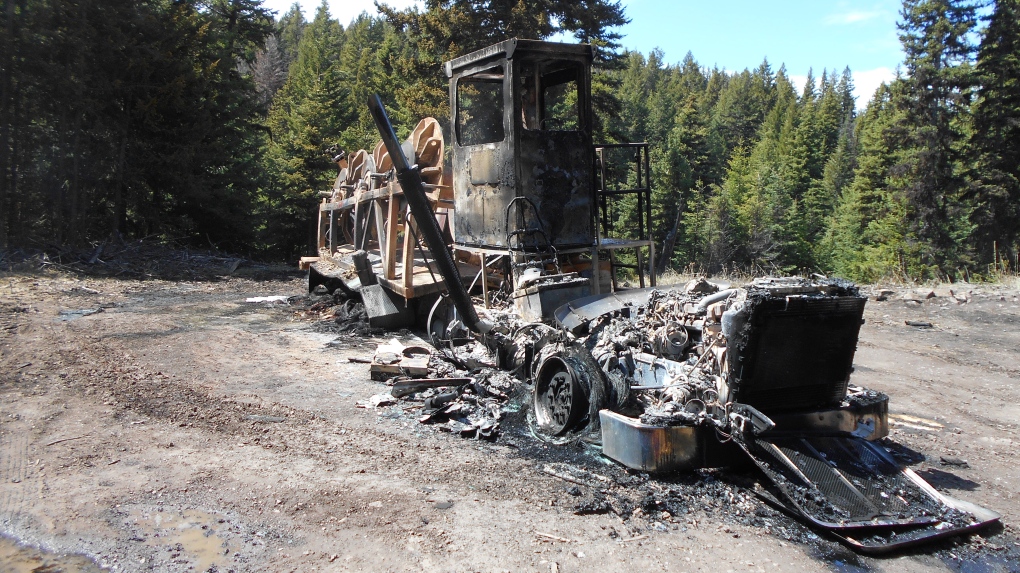 The RCMP says it's investigating a suspicious blaze and alleged vandalism at a Trans Mountain pipeline work site near Merritt, B.C. (Merritt RCMP)

MERRITT, B.C. -- The RCMP says it's investigating a suspicious blaze and alleged vandalism at a Trans Mountain pipeline work site near Merritt, B.C.

Mounties say in a news release that a piece of heavy equipment on the pipeline expansion project was the target of vandalism and theft one day, and the fire on another.

They received a report in the early hours of Tuesday morning after crews discovered a rope truck at the site had burned, resulting in a total loss of the vehicle.

RCMP say the truck was also targeted in an act of mischief and theft of fuel on the weekend.

Corp. Jesse O'Donaghey says police have learned there were people camping over the weekend near the vehicle and investigators are working to identify them.

They are asking anyone who travelled through the area of Highway 5A and Tillery Road outside Merritt on Monday night or early Tuesday morning to review their dash cam footage and contact police.

“At this stage of the investigation it is unknown whether the acts were targeted in nature or simply crimes of opportunity,” O'Donaghey says.