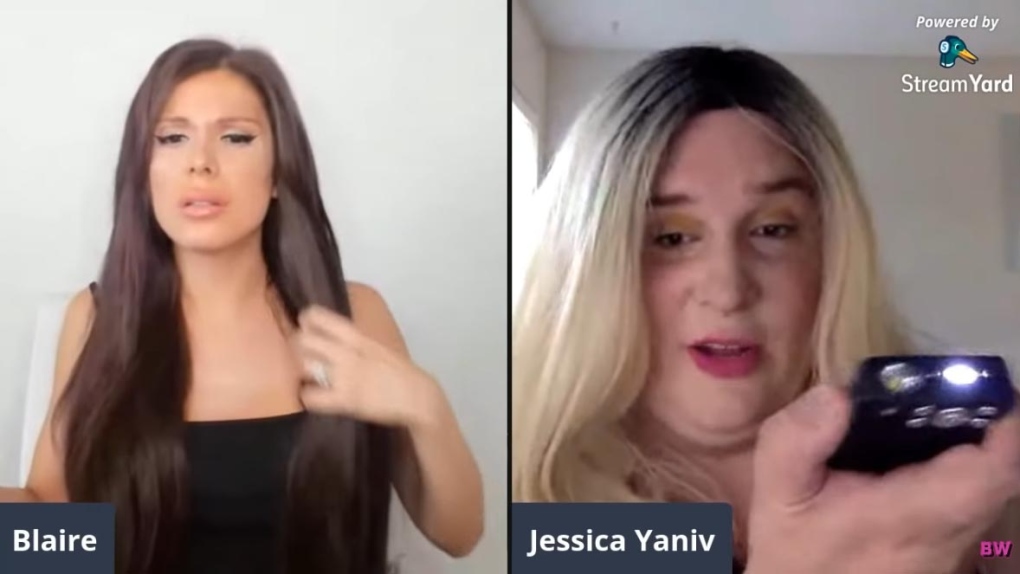 Jessica Yaniv (right) is seen in a YouTube debate that was published on Aug. 5, 2019. She has been charged with two counts of possession of a prohibited weapon.

VANCOUVER -- The transgender activist who filed a series of controversial human rights complaints against B.C. waxing salons is now facing weapons charges, according to police.

Langley RCMP officers were called to 32-year-old Jessica Yaniv's home after she allegedly held up a Taser during a live YouTube debate back in August.

Yaniv had been discussing concerns about her personal safety at the time.

"I don't need to be scared in my own house that I'm going to get (expletive) attacked," she says in the video.

The RCMP said multiple people reported the video to the Langley detachment, and that officers were sent to Yaniv's home to arrest her.

They returned the next day with a search warrant and allegedly found two conducted electrical weapons at the property.

Yaniv has since been charged with two counts of possession of a prohibited weapon. Authorities noted "the weapon was not deployed TOWARD anyone" during the YouTube debate.

The tribunal ultimately sided with the workers, and ordered Yaniv to pay $2,000 each to all three of the estheticians who filed a defence in the case.