The Mayor of Vancouver, First Nations leaders, Members of Parliament, and environmental activists were among those that marched from Vancouver City Hall, across the Cambie Bridge, and to Library Square.

“Thank you for making this the most important meeting we’ve had at City Hall in our history,” Vancouver Mayor Gregor Robertson said to the massive crowd at the start of the protest.

“We’re going to walk the talk today from here to downtown, to send a clear message to our prime minister, his cabinet, and members of parliament to say no to Kinder Morgan’s pipeline and oil tankers.” 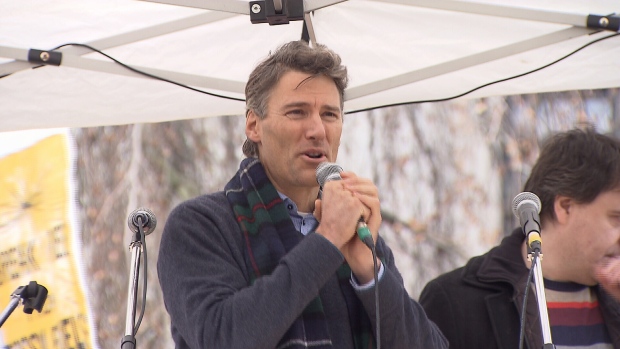 Signs reading “No consent, no pipeline,” “Defend the coast,” and “Stop Trudeau’s pipeline” abounded. The Cambie Street bridge was covered in a red banner simply reading, “No Kinder Morgan”, while kayakers with signs dotted the waters below. 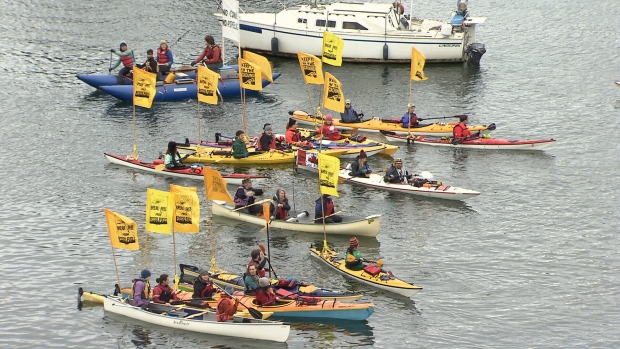 Activists say the project will have consequences for the land title and rights of First Nations communities, increase tanker traffic and risk for environmental disasters on B.C.'s coast, and worsen Canada's impact on climate change.

“The evidence Kinder Morgan put forward is not worth the paper it was written on. It was never tested and there was no cross-examination,” said Elizabeth May, leader of the Green Party and MP for Saanich-Gulf Islands.

“The message to Justin Trudeau is clear from British Columbians: this is a line in the sands, you do not cross this and think you'll ever elect a Liberal MP in British Columbia ever again.” 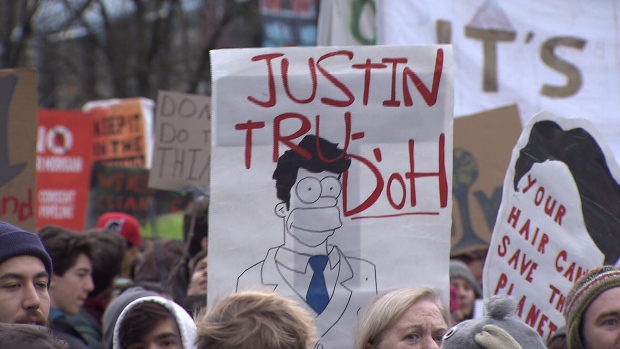 In a statement, Kinder Morgan writes it respects the right of peaceful protest, but its engagement with the communities over five years has made their project “stronger and safer.”

“The point is to flood the prime minister and cabinet with message with phone calls, with emails that say do not say yes.”

Thousands in Vancouver will do whatever it takes to Stop #KinderMorgan.
Join the Coast Protectors & take the pledge: https://t.co/EDVRDv5wFK pic.twitter.com/gZsXbhsCjj

Trudeau has promised a pipeline decision by Dec. 19 – and protestors promise their demonstrations will only grow bigger.

“We’ve been strong, solid and fierce about our opposition to this pipeline proposal and seven-times increase in oil tankers in our waters,” said Robertson.

“We need to stand strong in the days ahead… We hope and we expect and we pray that our prime minister and his cabinet are going to do the right thing.”

With files from St. John Alexander 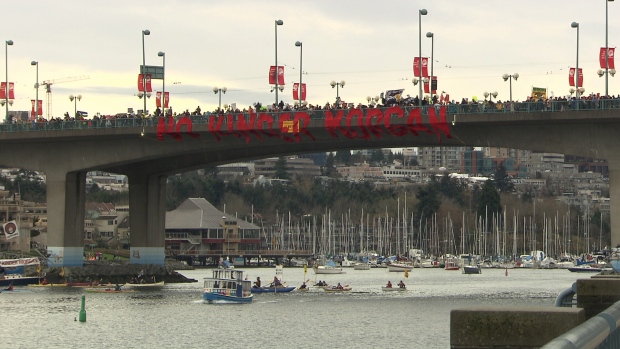