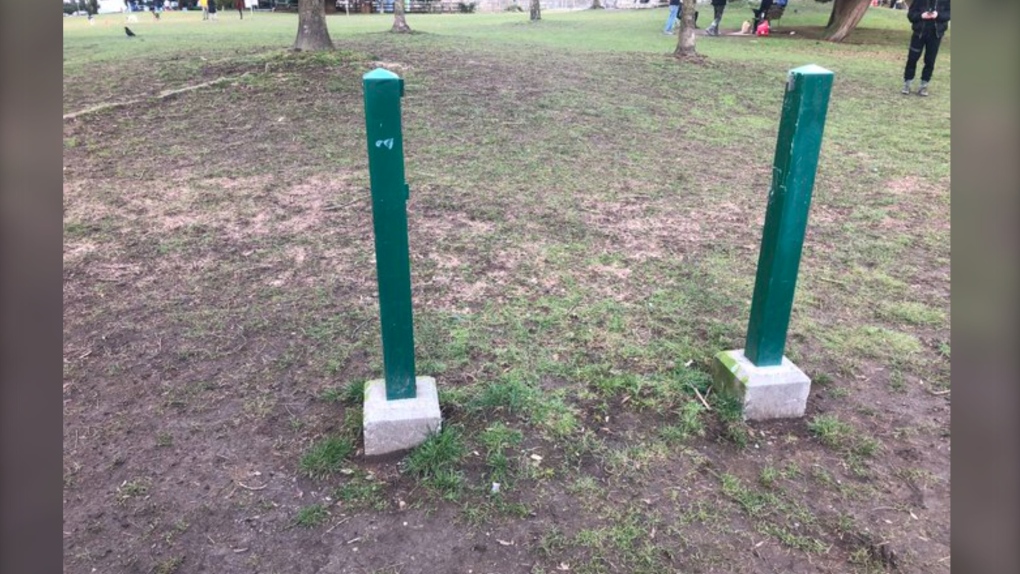 The Vancouver Park Board confirmed to CTV News on Tuesday the Dude Chilling Park sign in Guelph Park has been stolen and staff are working to get another.

The sign was originally put up in 2012 as an art installation. The city decided the sign could stay permanently in February 2014. Later that year, it was stolen.