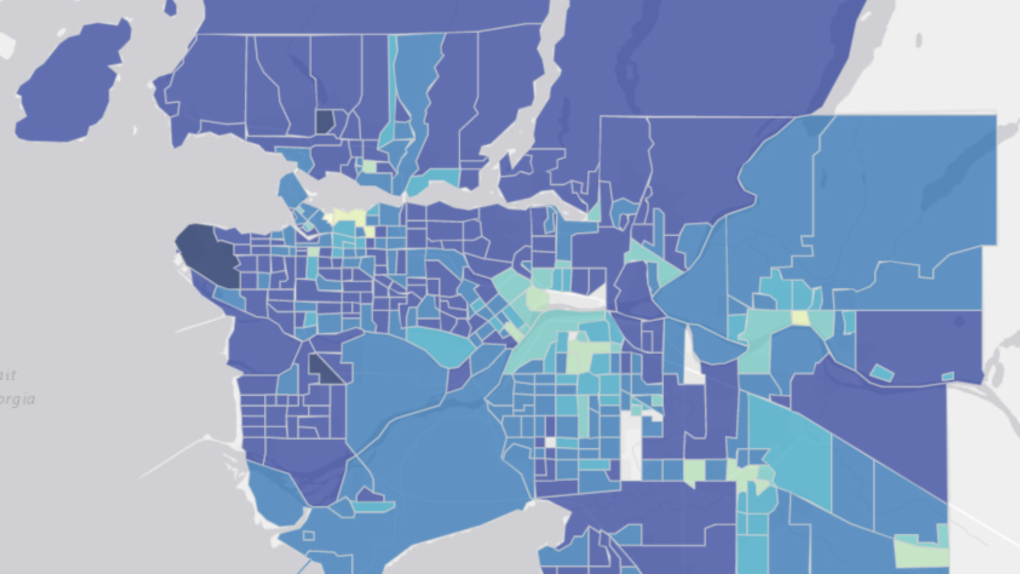 A map created as part of an extensive study from UBC shows life expectancy averages by neighbourhood.
VANCOUVER -

It's considered one of the healthiest cities in the world, but an interactive map put together by local researchers shows just how much a Vancouver resident's lifespan can vary by neighbourhood.

The map, published as a result of a University of British Columbia study, allows users to zoom into their own neighbourhood in Vancouver and surrounding cities, and view the average life expectancy based on census results.

For example, looking at 2016 census data, the mean life expectancy in an area that includes Vancouver's Downtown Eastside is quite low, at 60.7 years.

But in the area of the city that includes the UBC endowment lands, the mean age is just over 90. 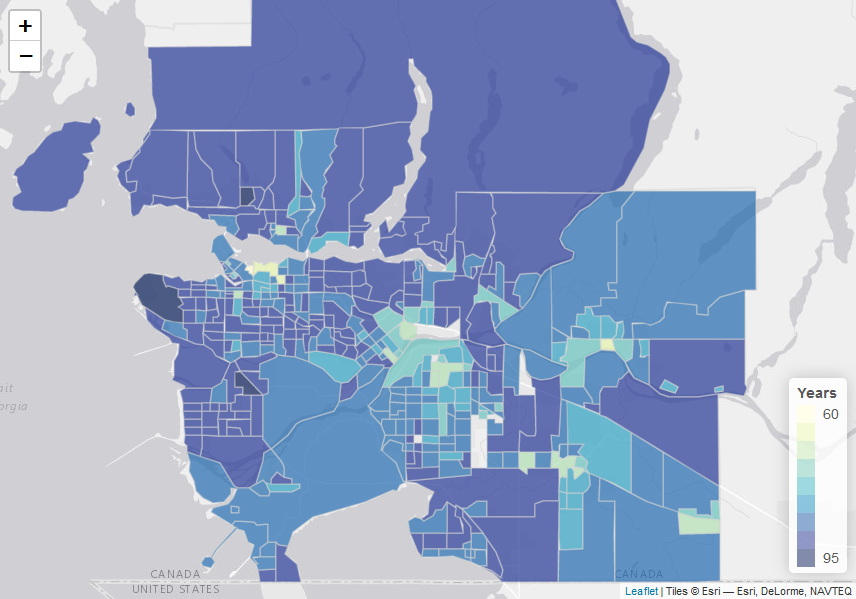 And this filter shows how life expectancies in the region overall were much lower in 1991, than above in 2016. 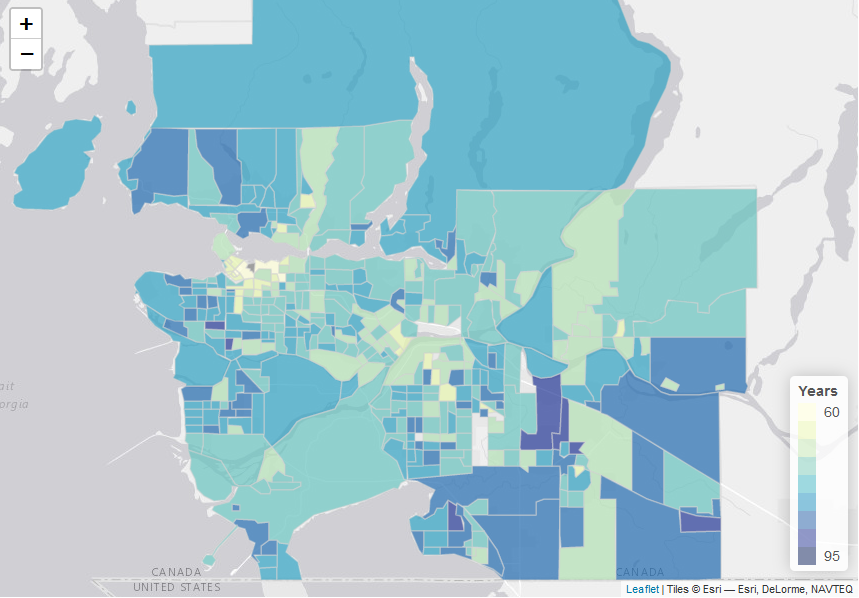 It's perhaps not surprising that overall life expectancy has increased over the period examined in the study, but it may be a surprise to see that while it's much higher in many parts of Metro Vancouver now, areas including the Downtown Eastside and Haney, in Maple Ridge, still have a life expectancy of less than 75.

In areas like West Vancouver, West Point Grey, northwest Richmond and South Surrey, the expectancy is much higher.

The school said it's the first study of its kind in Canada – the first to analyze life expectancy and causes of death at such a level over decades.

UBC attributes some of the disparity to specific causes of death, including HIV/AIDS and sexually transmitted diseases.

"For these causes, some neighbourhoods had a mortality rate 17 times higher than others in the city," the school said.

In a separate tab, they can narrow those results in another way, sorting by census year and even cause of death. The map allows users to look at the region in terms of death attributed to substance use, for example.

The image embedded below shows substance use disorder deaths per 100,000 residents, with the darkest-coloured areas having the highest rates of death, based on 2016 data. 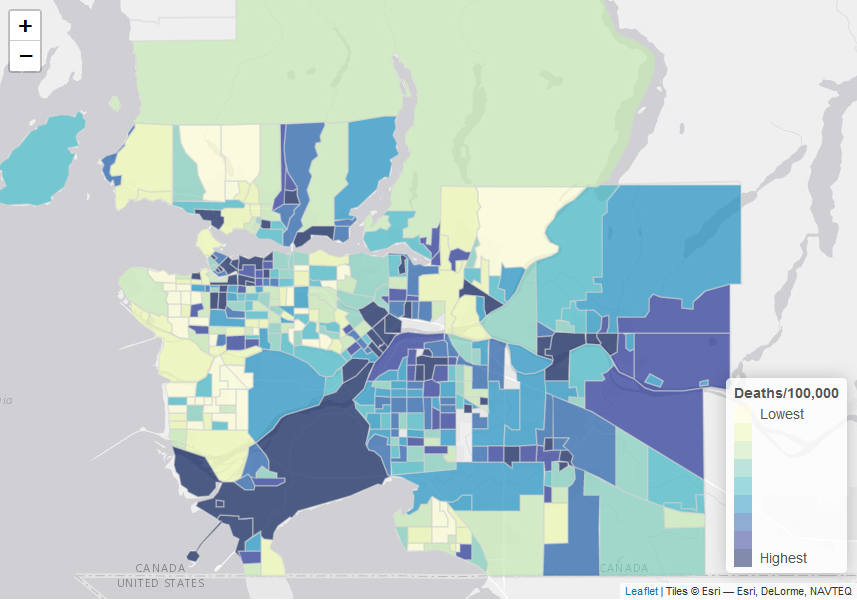 This view of the map shows rates of death due to diabetes and kidney diseases. 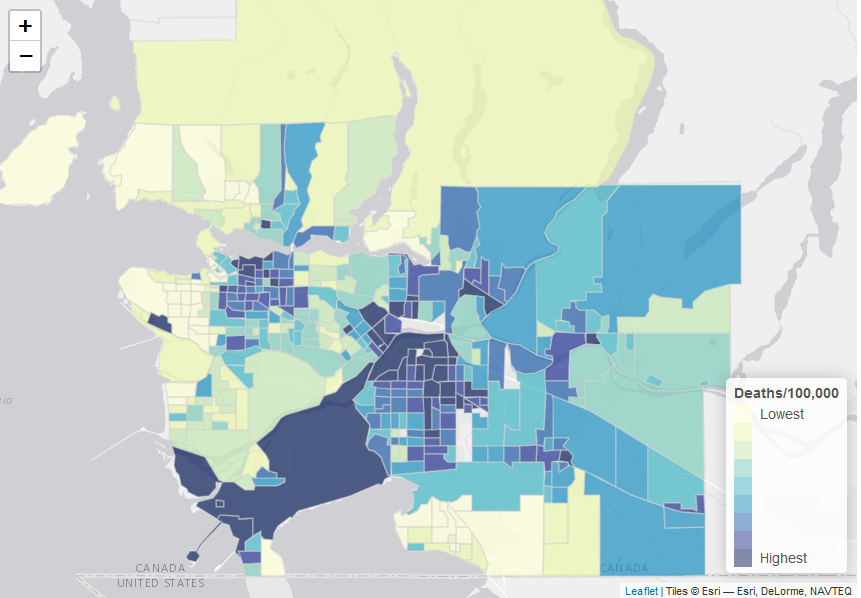 All graphics are from the interactive data map created by UBC.