Thinking of going vegetarian? 27% of Canadians considering the switch: poll 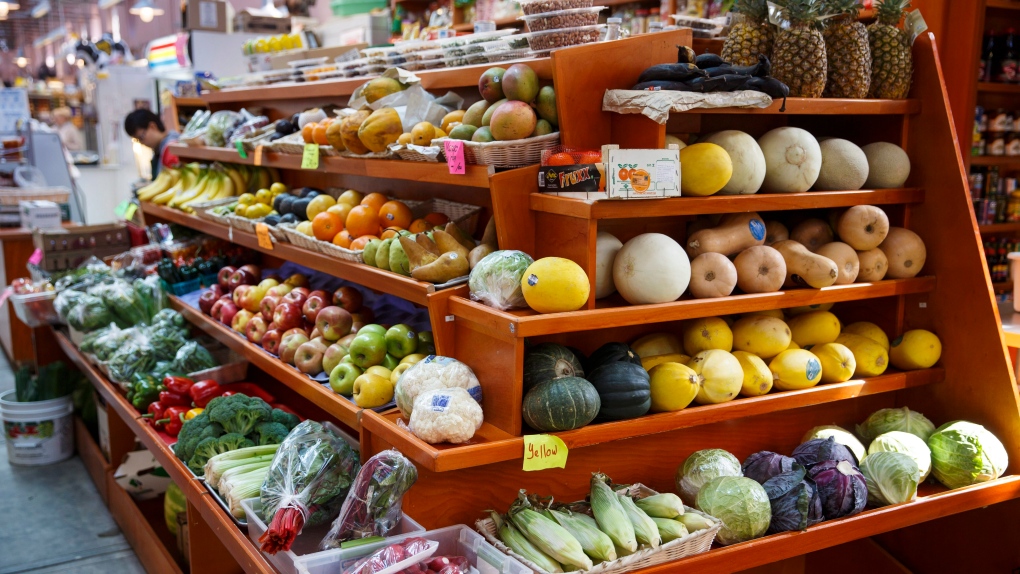 In this April 24, 2014 file photo, a variety of healthy fruits and vegetables are displayed for sale at a market in Washington. (AP /J. Scott Applewhite)

Close to a third of Canadians are considering switching to a more plant-based diet, a new poll suggests.

The survey, conducted by Insights West, found that while only seven per cent of Canadians currently follow a plant-based diet, 27 per cent are considering doing so in the future.

Whether it's a result of that recommendation or not, Insights West found a significant number of people are making the change.

According to the poll, only five per cent of Canadians are currently vegetarian, three per cent are vegan, and 11 per cent consume little or no diary.

But when it came to trying these dietary approaches in the future, 27 per cent said they're "somewhat" likely to try vegetarianism. Eleven per cent answered the same way about trying veganism and 26 per cent said they'd considering reducing or eliminating their dairy intake.

Those numbers were higher among those in the 18 to 34 age group, with more than a third of respondents saying they're considering changing to a more plant-based diet.

"The reasons for cutting animal products from the menu often varies by the diet. Vegetarians, vegans, and pescatarians are mainly doing so or thinking about it because of concerns about animal cruelty, the environmental impact, and personal health," the survey's authors said.

"For those cutting out dairy, allergies and intolerances to dairy products are a prime reason for doing so. And although the sample size is small, the cost of foods produced from animals is cited as another reason for making diet changes."

The high-fat ketogenic diet and paleo diet also appear to be growing in popularity.

Insights West found that four per cent of Canadians currently follow a keto diet, but 18 per cent are considering doing so in the future.

Two per cent of respondents are currently on a paleo diet, but 11 per cent said they could see themselves switching to the diet, which is based on eating foods presumed to have been consumed during the Paleolithic Era.