These are the top pet names in Canada this year 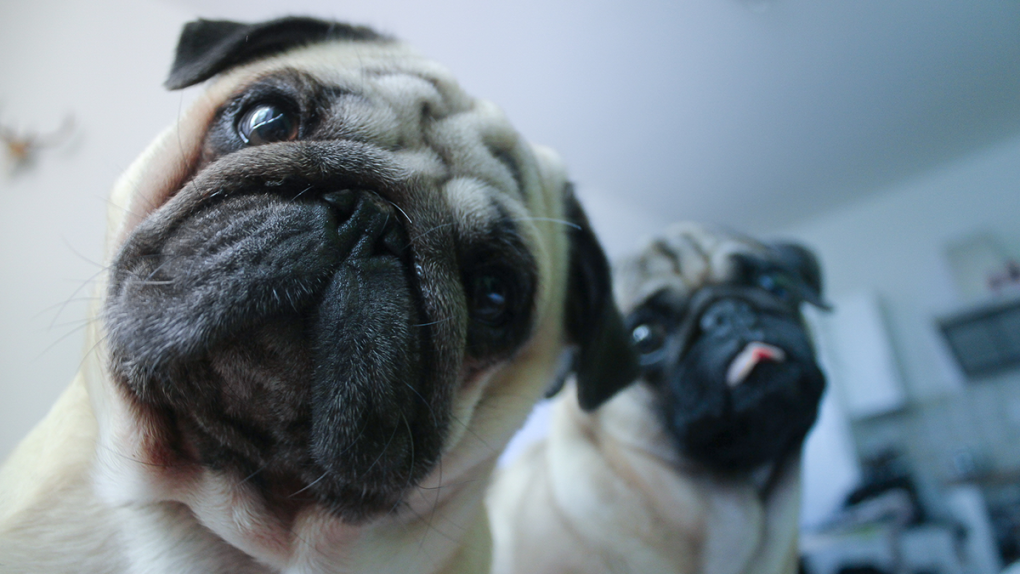 Two pugs are shown in an image from Shutterstock.com. (By user kremacnipec)

VANCOUVER -- It appears pet owners are looking to pop culture and popular human names as they decide to name their pets.

A ranking published Tuesday by pet care provider website Rover.com suggests the top 10 pet names for dogs and cats were inspired by people this year – real and fictional.

The most common names for both included Bella, Luna, Max and Charlie. Also on the list (for cats) were Simba and Nala, likely inspired by the 2019 reboot of Disney's The Lion King.

Rover said it saw an uptick in names inspired by Aladdin and other Disney movies as well, and when it came to TV shows, fans of Schitt's Creek named their pets David, Johnny, Stevie, Moira and Alexis.

The final season of Game of Thrones had an impact too. Rover says Arya, Snow, Khaleesi, Sansa, Ghost and other names from the HBO series were more popular this year.

Other events the site expects to have an influence are the legalization of cannabis in Canada and the 25th anniversary of the moon landing.

The top 10 female cat names were:

The most common male names were:

Looking for something more unique? The most creative cat names flagged by the site "after a thorough search" of its database were Meowlexander Hamilcat, Pamplemousse, Prose and Khan and Kitty F'N Powers.

For dogs, the most common names (female/male) were:

Tap the graphic below to view a larger version, or read more on Rover.com. 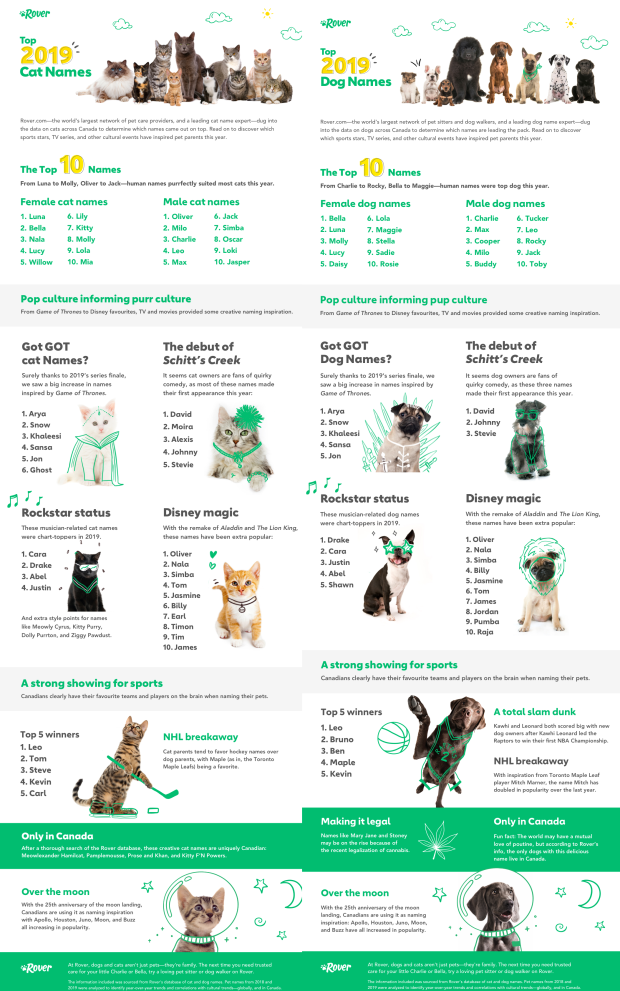