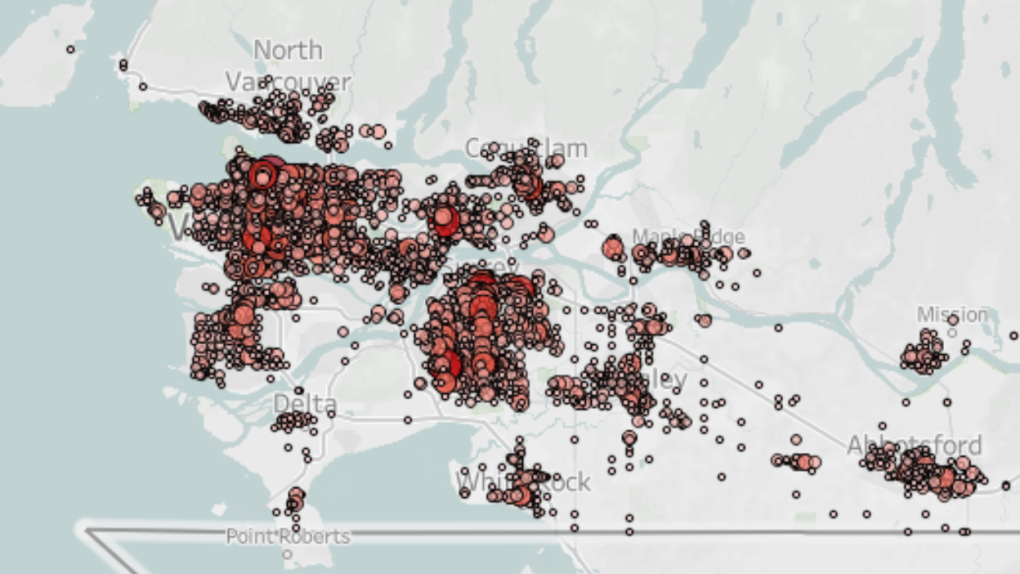 The Insurance Corporation of British Columbia compiled crash data from 2015 to 2019, then filtered those reports into overall incidents, crashes involving cyclists and other categories.

Related: Most dangerous intersections in B.C. for cyclists

Additionally, the interactive maps posted by the site include an option for crashes involving pedestrians.

According to the data from that five-year period, these intersections saw the most crashes. In cases where more than one intersection had the same number of crashes, all are listed:

Looking for data where you live? Check out the full set here, and filter by municipality.