The NDP would win if an election were held tomorrow: poll 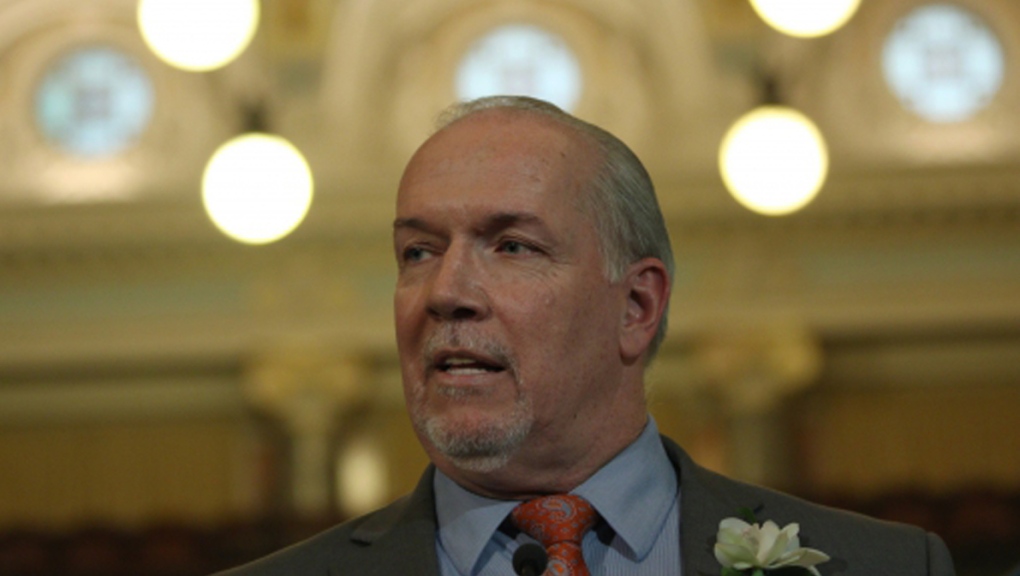 Premier John Horgan answers questions from the media during a press conference in Victoria, B.C., on February 12, 2019. THE CANADIAN PRESS/Chad Hipolito

Recently released results of a survey suggest if an election were held tomorrow, the NDP would remain in charge.

Of the 800 respondents questioned by Research Co. last week, 32 per cent said they'd vote for Premier John Horgan's party. Factoring out undecided voters, the NDP would get 39 per cent of the vote.

Those who backed the NDP were evenly divided between male and female and between three age categories. However, while looking only at decided voters, they had more support from women (42 per cent) than men (36 per cent).

The NDP's support base was highest among respondents living in the Fraser Valley, followed by Metro Vancouver and Vancouver Island, but they had over 20 per cent support in northern B.C. and elsewhere in southern B.C.

The Liberals saw the highest share of support in southern B.C., excluding Metro Van and the Fraser Valley.

Andrew Weaver's Greens got the highest marks among females aged 18 to 34, and in the Fraser Valley – where the party had slightly more support than the official Opposition.

The BC Conservative Party, which was the only other party examined in the poll, got seven per cent of the theoretical vote, polling best in northern and southern B.C.

Those polled between May 20 and 22 were also asked how they felt about each party leader. Horgan had the highest approval rating at 51 per cent, but one-third said they disapproved.

The Green Party leader scored 42 per cent approval, and 34 per cent were happy with the Liberals' Andrew Wilkinson. A fifth of those surveyed approved of the work being done by Conservative leader Trevor Bolin.

What's the most important issue

The issue was particularly important to respondents who are between the ages of 18 to 34, women, NDP voters and, unsurprisingly, residents of Metro Vancouver.

Health care and the economy followed with 11 per cent, while one in 10 thought the environment was the most important factor.

Next was "energy/pipelines," which was the second choice for Liberal supporters, followed by crime and public safety, accountability and education.

The poll was conducted online among 800 adult residents of British Columbia. Data was statistically weighted according to Canadian census figures and has a margin of error of 3.5 percentage points, 19 times out of 20.