'The Dude' is back in Dude Chilling Park 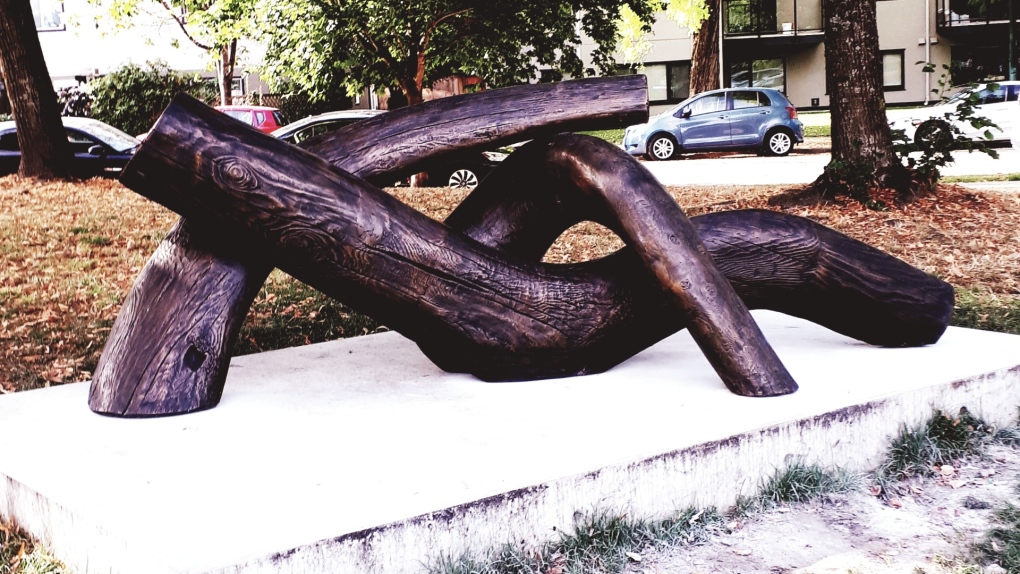 The statue of a reclining figure that gave Guelph Park its better-known alternative name returned to the park this week after a more than two-year absence. (Thomas Fahey)

Dude Chilling Park finally has its namesake dude back.

The statue of a reclining figure that gave Guelph Park its better-known alternative name returned to the park Tuesday evening after a more than two-year absence.

The Dude was removed in 2017 because its original cedar body was decomposing and rebar was exposed. It is now repaired and cast in bronze.

On Saturday, the Mount Pleasant Community Centre Association will host a "Party with the Dude" to celebrate the statue's return.

City and park board officials are expected to attend the event, along with artist Michael Dennis, who first created the sculpture in 1991 as part of the Brewery Creek Art Exposition. There will also be live music and refreshments.

The association has been leading the effort to raise funds for the restoration of the sculpture. Board member Thomas Fahey told CTV News Vancouver he and fellow board members have spent the last 12 months canvassing at shopping centres, farmers markets and community events -- "wherever we could get a table" -- to raise money.

"I've been working on it … basically every day for the last year," Fahey said.

He said the response from the community has been "astounding."

The name of the park at the intersection of 8th Avenue and Brunswick Street in Vancouver has always been Guelph Park, but it gained its additional moniker in 2012, when a fake Vancouver Park Board sign was put up labeling it "Dude Chilling Park."

The board removed the sign initially, but a public outcry led the board to change its decision. An official park board sign has been in place since 2014.