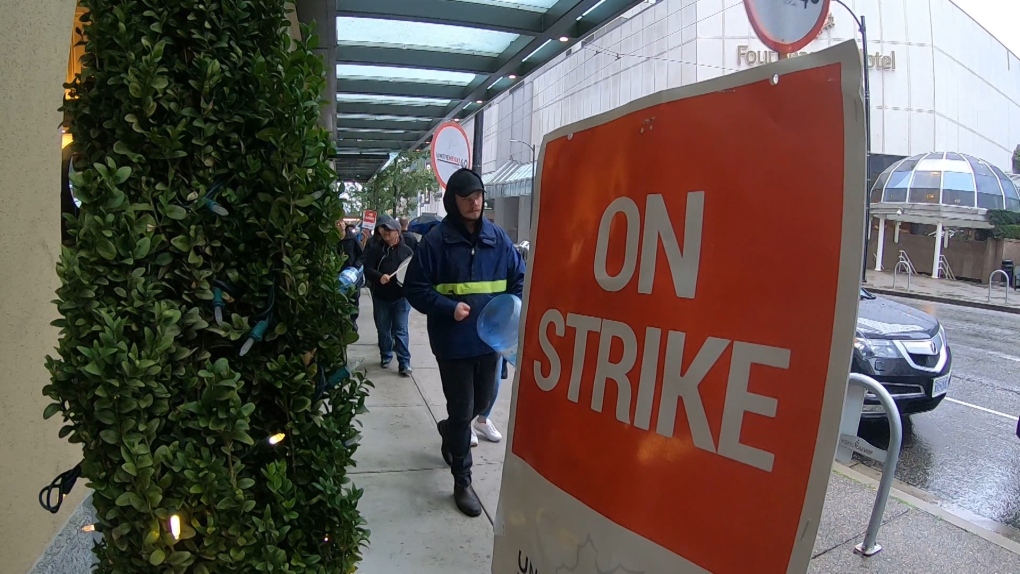 VANCOUVER - The Rosewood Hotel Georgia says it has reached a tentative agreement with striking workers who have been picketing outside the hotel for nearly two full months.

In a statement, the hotel says nine months of negotiations culminated in a 29-hour non-stop bargaining session on Friday and Saturday.

The tentative agreement, which still must be ratified by the union, ends a strike that began in late September. Picket lines outside the hotel were up for a total of 58 days.

CTV News Vancouver reached out to Unite Here Local 40, which represents workers at the hotel, for comment. Spokesperson Sharan Pawa said in an email that the union was working on a statement, and that an update would be provided Monday morning.

Hotel Georgia workers first walked off the job on Sept. 22. When they did, they joined employees at four other downtown hotels - also represented by Unite Here Local 40 - who were already striking at the time.

Those workers ended their strike on Oct. 15, when they reached a tentative agreement with their employers at the Westin Bayshore, Hyatt Regency, Pinnacle Harbourfront and Four Seasons hotels.

The Hotel Georgia workers kept striking, though, saying they would continue until their demands for better wages and reliable hours were met.

At issue for the workers was the desire for predictable, livable income without having to work multiple jobs.

In its statement on Sunday, the hotel said the tentative agreement "includes programs specifically designed to prevent harassment and discrimination and empower our employees around these issues."