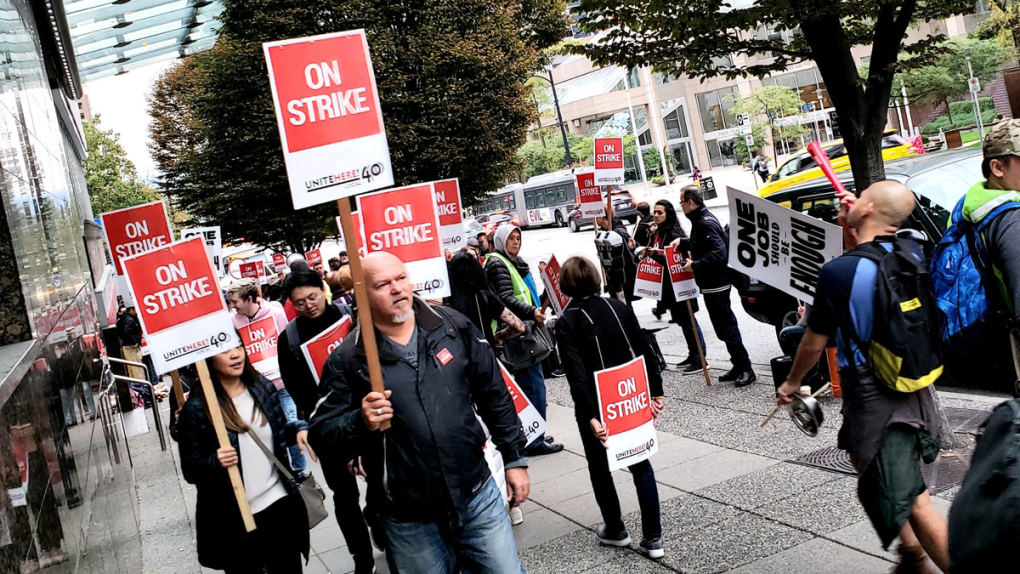 VANCOUVER – Hotel workers who have been on strike since last month in a push for higher pay and better working conditions have reached a tentative agreement, according to their union.

The deal includes what the union described as "significant wage increases" over a four-year period, plus new protections against sexual harassment and better job security for room attendants, kitchen staff and restaurant workers. It also maintains employees' health insurance.

"Our strike has made the changes we need in the hotel industry," Teresita Gonzales, a room attendant supervisor at the Pinnacle hotel, said in a statement.

"The job security we’ve won is also great for our members, our families and will keep our union strong. I’m very proud of our members, we’ve picketed through rain and cold weather for this fight, and we feel united and strong with this tentative agreement reached."

Workers from the Rosewood Hotel Georgia have not yet reached an agreement, however. The union said they will continue striking until a deal is reached.