Swimming orcas force SeaBus to slow down in Burrard Inlet 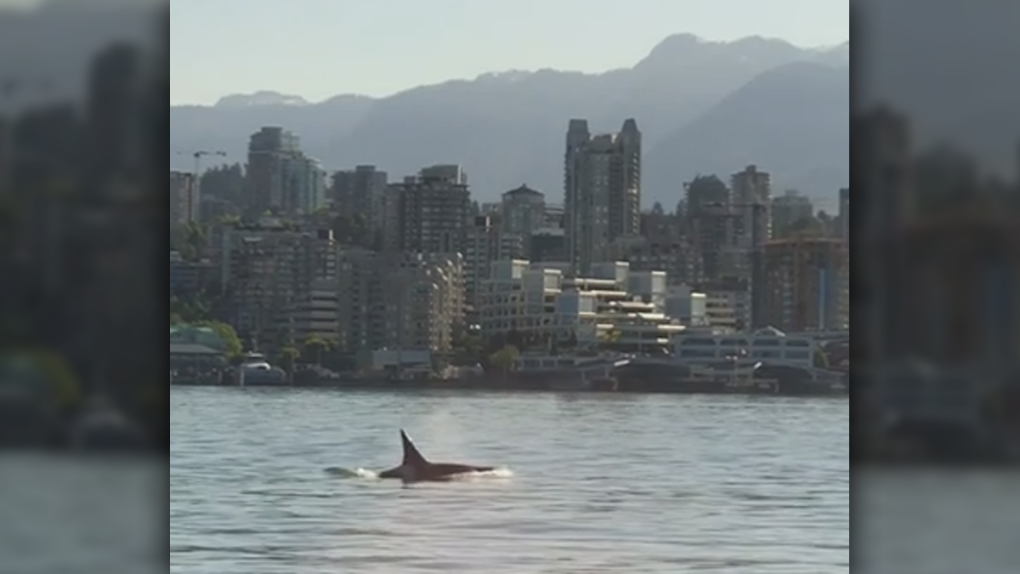 A passenger captured video of an orca pod swimming in the path of a SeaBus in Burrard Inlet Thursday morning. (Gwyn Jones)

A pod of orcas swam in the path of a SeaBus in Burrard Inlet Thursday morning, giving riders a free show while ever-so-slightly delaying their commute.

The killer whales emerged in front of the SeaBus as it was headed for Lonsdale Quay, forcing the vessel to slow down – though TransLink said it was only about a minute late when it arrived at the terminal.

"We can confirm a SeaBus lowered its speed this morning to allow a pod of orcas to pass at a safe distance," a spokesperson said in an email.

Gwyn Jones was on the SeaBus when the orca pod appeared at around 8:30 a.m., and managed to take some video of the cetaceans surfacing to breathe.

Jones, who described himself as "originally from Wales the country (not the mammal)," told CTV News it was the first time he'd seen killer whales in the three years he's been living here.