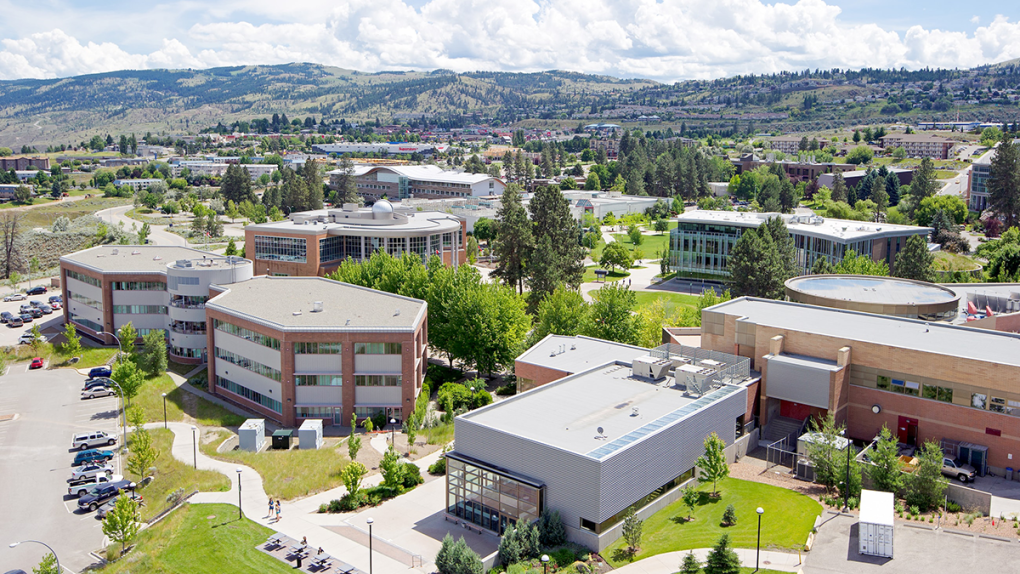 Thompson Rivers University is shown in an image from the school's website.

KAMLOOPS, B.C. - An investigation into the suspension of a British Columbia business professor who criticized his university has concluded the administration's actions breached his academic freedom.

The committee of investigation, established by the Canadian Association of University Teachers, released its report Tuesday on the case involving Derek Pyne at Thompson Rivers University.

The university in Kamloops, B.C., banned Pyne from campus in May 2018 after he wrote about academics at the school paying to publish their work in deceptive journals that don't require peer reviews.

The committee writes in its investigative report that the right of academics to criticize their administration and their institution is a widely recognized feature of academic freedom.

However, it says Thompson Rivers failed to understand academic freedom beyond a "narrow application" to support faculty members' freedom to pursue fruitful avenues of research and publishing.

"Our investigation finds that the TRU Administration's approach in managing workplace complaints against Dr. Pyne failed to properly consider his academic freedom as it applies to his â€¦ criticisms of the School of Business and Economics, its administrators and its faculty," the report concludes.

Pyne, who returned to teaching at the school in January, says in an interview he feels "vindicated."

"It's nice to get some good news for a change," he says.

He says his unpaid suspension in July 2018 ended after two weeks and he went back to simply being barred from campus, but the university still owes him pay for that two-week period.

Pyne adds he's unfortunately not hopeful that the university will begin to respect academic freedom. He says many of the same administrative officials who were at the school when he was barred remain in leadership positions.

The university did not immediately respond to a request for comment.

The committee found that Thompson Rivers suffers from a "broad institutional weakness" when it comes to academic freedom.

It makes several recommendations, including removing the constraints placed on Pyne's speech as a condition of his continuing employment as a faculty member.

It says the school should meaningfully consult with faculty to complete its academic freedom policy and review its human-resources practices to ensure that academic freedom is properly understood and protected.

The report also says the university breached Pyne's privacy on a number of occasions and recommends it review its practices to ensure confidentiality is respected.

Pyne published an article in April 2017 titled, "The Awards of Predatory Publications at a Small Business School." He did not name any professors or the university on which he based his research in the peer-reviewed Journal of Scholarly Publishing.

The article said 16 of 27 professors with research responsibilities paid so-called predatory journals that don't require research to be peer reviewed to publish their work up to the end of 2015 and that they landed promotions.