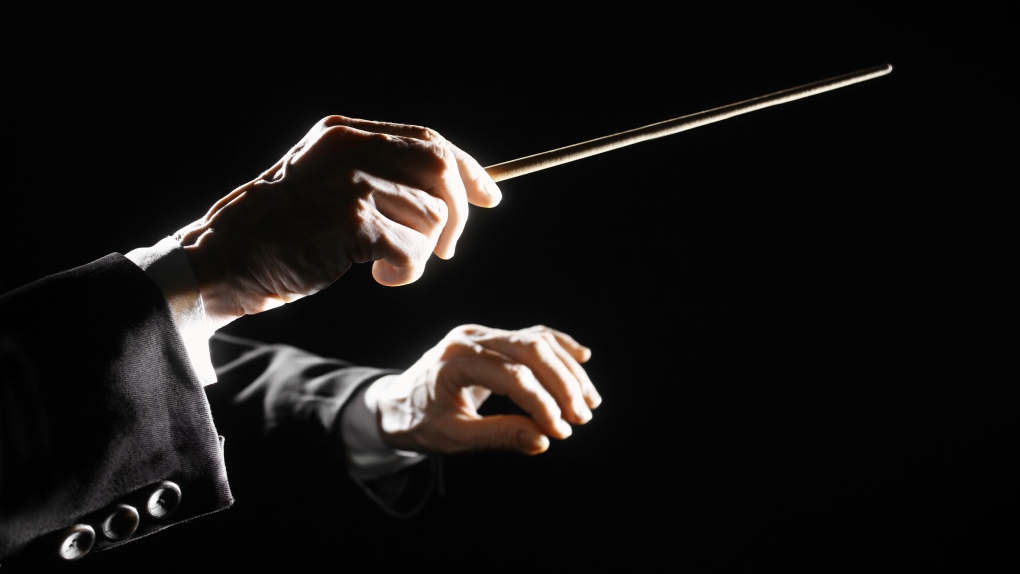 VANCOUVER -- The true north remains just as strong but might not feel quite as free with Canada Day celebrations being a little quieter and physically distant as people keep their guard up against COVID-19.

From coast to coast to coast the usual festivities, parades and fireworks that accompany Canada Day have been cancelled in many communities this year because of COVID-19, but Canadians are still finding ways to mark the country's birthday.

In British Columbia, orchestra conductor Stuart Martin said he knew his neighbours were curious about what he was doing in his backyard when one peered over the fence as he pointed his baton and wildly moved his arms.

The neighbours couldn't know, but the musical director of the Surrey City Orchestra was conducting a virtual version of "O Canada" while standing on the grass.

The finished product is a unique version of the national anthem played by 28 musicians who have been missing each other due to the COVID-19 pandemic.

"On this particular day, I had a neighbour peek over the fence trying to figure out what I was doing," said Martin. "It's an amusing thing to watch, but when the video's all together it actually kind of looks like an orchestra. It was pretty neat."

The orchestra was billed to perform in Surrey on Canada Day, but the pandemic cancelled the celebrations on Wednesday, he said.

Orchestra members suggested producing a virtual recording and each member recorded "O Canada," with their parts all being stitched together for the final production, said Martin. The video shows some people recording from their balconies, living rooms and yards.

"At first I was skeptical that we could pull this thing together in such a short time or whether or not it would sound any good," Martin said. "I think it's really great."

He said this is the first time he's been part of a recording of "O Canada." The experience, especially during a pandemic, will make for a memorable Canada Day, Martin said.

"This is just kind of an extended version of a Zoom meeting."

Watch the video below.

In Montreal, sibling singer-songwriters Rufus and Martha Wainwright will be among the artists playing to an empty house at the city's iconic Olympic Stadium.

In a 60-minute, pre-recorded show promoted as an "immersive experience," performers will take to the stage at centre field of the massive multi-purpose venue.

Interspersed with the musical acts will be speeches from politicians, including Montreal Mayor Valerie Plante and federal Heritage Minister Steven Guilbeault, along with every-day Montrealers describing their vision of the city and the country.

Promoters call it a "historic event," calling it "the first show without an audience in the centre of the Olympic Stadium grounds."

While many municipalities have cancelled their fireworks shows, some Canadians are still planning their own private displays if they live in regions where regulations allow it.

John Adria, owner of Uncle John's Fireworks which operates four stores in Alberta, said one group near Edmonton is planning a show but isn't telling anyone in advance where the fireworks will be launched from. That way, he explained, they'll prevent a crowd from gathering that would violate social-distancing rules.

"It's a big show. Will you be able to see it from many places in Edmonton? Yes," said Adria, who wouldn't divulge the name of the organization.

"I've probably said too much already."

Hudson Bay, Sask., meanwhile, will launch only fireworks that explode high up and are easily visible from far away so that town residents won't have to crowd in a single gathering area to view them.

Councillor Betty Lou Palko said the display will be launched from the high school football field and people will be allowed to gather in vehicles - parked five metres apart - in several nearby parking lots, but she said the town is small enough that folks will be able to watch the display from their homes.

"I have young family visiting me so I'll be able to 'ooh' and 'ahh' with them," Palko said.

Toronto, however, has moved its Canada Day celebrations online starting with a pancake breakfast at 9 a.m.

Mayor John Tory will be participating in a full day of festivities that includes Jully Black, Kardinal Offishall and Gordon Lightfoot, among others.

Meanwhile in Hamilton, the Canadian Warplane Heritage Museum may do a flyover, weather permitting.

In New Brunswick, the RB Bennett Commemorative Centre in Hopewell Cape will celebrate the 150th birthday of the 11th Canadian prime minister on Wednesday.

On Canada Day, 150 cupcakes will be given to the first 150 guests at the centre.

On the West Coast in Victoria, Mayor Lisa Helps said the virtual program this year aims to reflect the diversity of experiences in the country and the city.

The crowd-sourced content will be sprinkled throughout the show, with members of the community demonstrating "What it means to Me to be Canadian" and singing "O Canada," she said.

"With everything we have experienced locally and as a country due to the global COVID-19 pandemic, this is a Canada Day we won't soon forget," Helps said.

"Even though we can't physically be together on the legislature lawn, we can still come together virtually to celebrate Canada's diversity and its strengths."

With files from Dirk Meissner in Victoria and Rob Drinkwater in Edmonton.

This report by The Canadian Press was first published June 28, 2020.