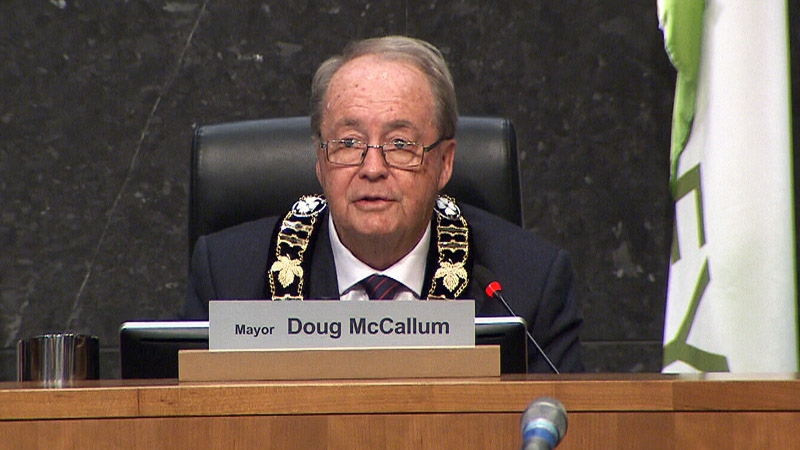 Surrey Mayor Doug McCallum's public mischief trial is scheduled to begin at the end of October, two weeks after the municipal election.

The special prosecutor assigned to the case has reserved Oct. 31 as the trial's opening date, the B.C. Prosecution Service confirmed Thursday.

"Seven days have been set aside to complete the trial. The dates will be formally confirmed by the Judicial Case Managers on April 21," a BCPS spokesperson told CTV News in an email.

Voters will be casting ballots in municipal elections across the province on Oct. 15.

McCallum's criminal charge was announced in December, following an investigation that began after he reported a woman had run over his foot in a grocery store parking lot.

The driver he accused is a member of the Surrey Police Vote campaign, which has been pushing back against the policing transition currently underway in the city.

Under the Criminal Code, public mischief is defined as an attempt to intentionally mislead police, resulting in investigations being unnecessarily launched or extended. (LINK)

The allegations against McCallum have not been proven in court.

During the last election, the mayor campaigned on a promise to remove Surrey's RCMP detachment and replace it with a municipal police force. The major undertaking has been met with some pushback, including from the Mounties' union.

McCallum referenced that transition when responding to a request from CTV News for comment on his mischief charge late last year.

"We are in the middle of changing from RCMP to the Surrey Police Service and as this matter is before the courts, I will not be making any comment," the mayor said in a statement.

Special prosecutor Richard Fowler was appointed during the criminal investigation to avoid "any potential for real or perceived improper influence in the administration of justice," the BCPS has previously said.