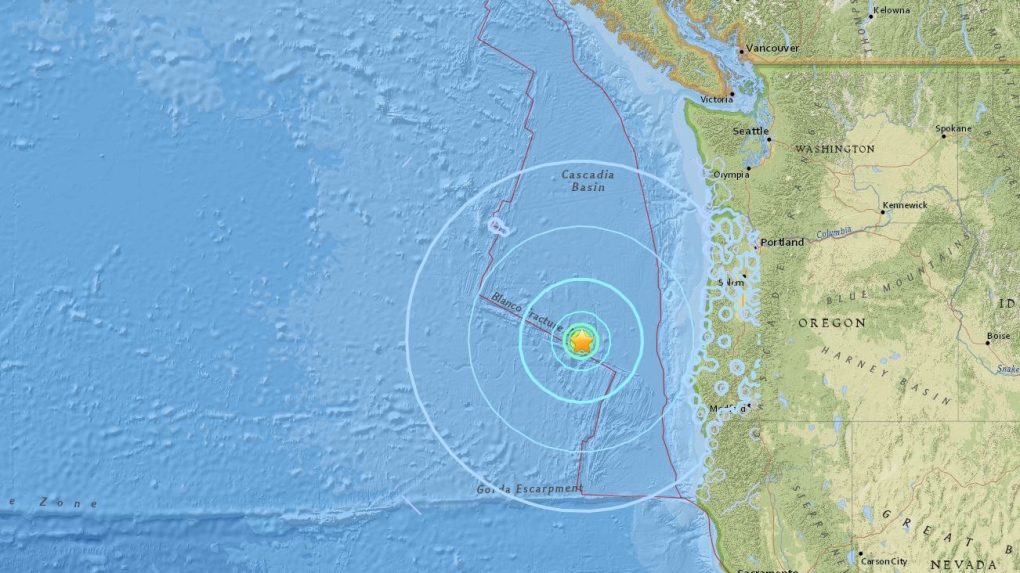 The epicenter of an earthquake that struck off the Oregon coast on Aug. 22, 2018 is seen in this map from the United States Geological Survey's website.

VANCOUVER - A magnitude 6.2 earthquake that hit nearly 300 kilometres off the south-central coast of Oregon early this morning was strong enough to be felt in British Columbia.

Data from the United States Geological Survey shows residents in Vancouver and on southern Vancouver Island -- almost 700 kilometres from the epicentre -- reported feeling the shaker, although only mildly.

The geological survey says on its website that the quake occurred just after 1:30 a.m., about 10 kilometres below the Earth's crust.

It was followed two hours later by an aftershock with a 3.5 magnitude aftershock.

Neither event generated a tsunami and officials in Coos Bay, Ore., the nearest community to the quake, say there have been no reports of damage or injury.