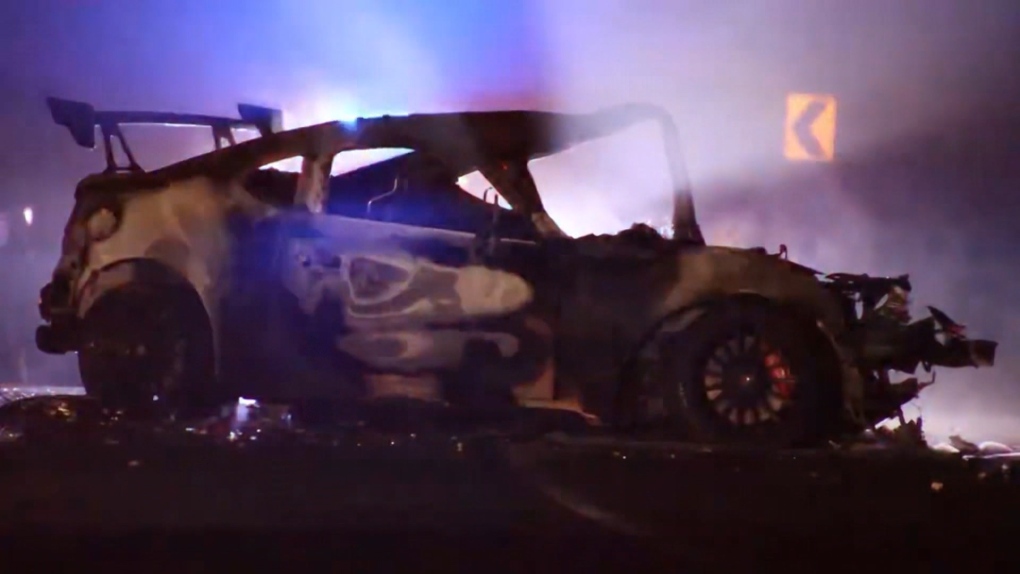 A damaged vehicle seen on the Sea to Sky Highway south of Porteau Cove on Jan. 25, 2022.

A serious crash on the highway connecting Metro Vancouver to Squamish and Whistler closed the route for more than five hours Tuesday night.

Mounties said the crash on the Sea to Sky Highway happened between two cars just before 5 p.m. Two people were involved in the incident south of Porteau Cove.

While the full extent wasn't known, police said the drivers' injuries were "fortunately not serious." Both were taken to hospital for medical attention.

Images from the scene show the front end of a minivan smashed, while a second, smaller vehicle appears to have caught on fire and was significantly damaged.

The road was closed in both directions during an investigation and didn't reopen until about 10:30 p.m. Police didn't indicate what may have led to the crash.