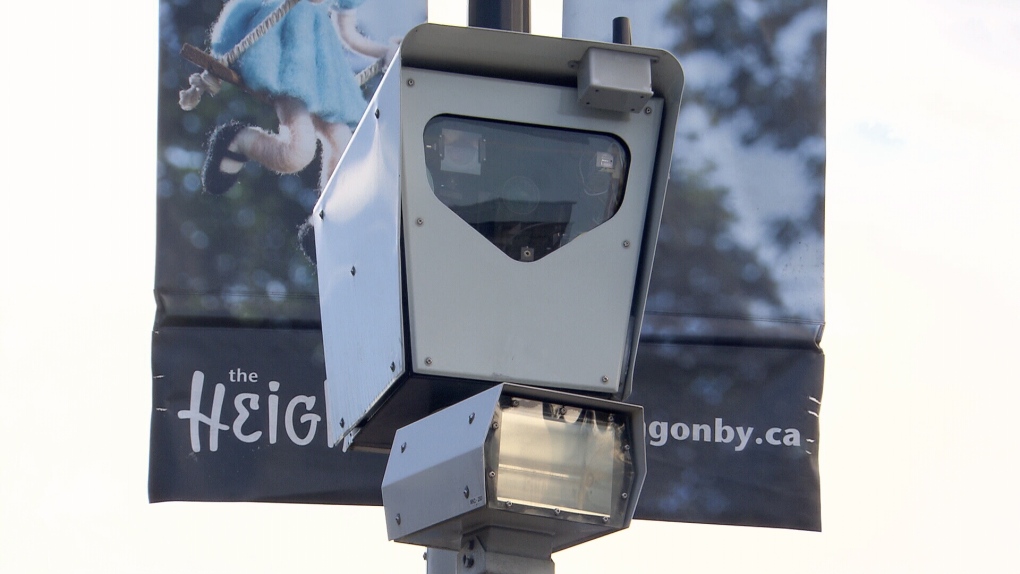 A new poll suggests a majority of British Columbians still support the use of red light cameras to catch speeders.

In an online poll conducted by Research Co., 68 per cent of respondents said they agreed with the use of automated speed enforcement such as speed-on-green cameras or red light cameras capable of recording vehicle speeds.

Support for speed-on-green technology was highest among women at 74 per cent. More than three-quarters of those aged 55 and over answered the same way.

"Seven-in-ten British Columbians who do not drive (72 per cent) are in favour of relying on speed-on-green cameras," said Research Co. president and CEO Mario Canseco. "In addition, about three-in-five residents who drive five days a week or more (66 per cent), three or four times a week (74 per cent) and once or twice a week (64 per cent) are also in favour of this measure."

The poll results come as the B.C. government tests technology capable of issuing automated speeding tickets in several locations across the province.

In May, the government announced it would upgrade 35 of the 140 intersections in its Intersection Safety Camera program with technology capable of automatically sending a ticket to the registered owner of a speeding vehicle.

The government has revealed the location of the 35 traffic cameras, but would not say how much faster than the posted speed limit a driver would have to be going to trigger automated enforcement.

A little over half of those who took the poll said they approved of point-to-point speeding enforcement, which uses two or more cameras and calculates a car's speed as it travels between them.

Research Co.'s results are based on an online survey of 800 adult British Columbians conducted between June 22 and June 26. The data carries a margin of error of 3.5 per cent.

Use this interactive map to see if any of your regular routes are affected. Viewing this on our mobile beta site? Tap here for a compatible version.