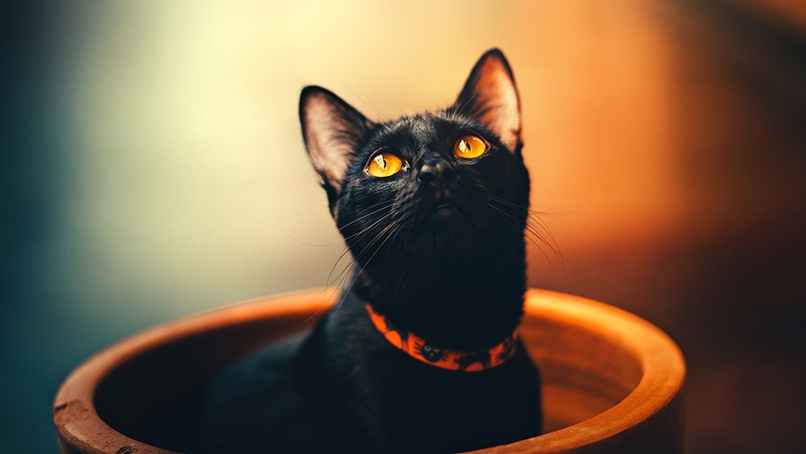 The SPCA has released a list of tips to make sure pets stay safe this Halloween. (BC SPCA)

VANCOUVER - Halloween can be a fun time of year for kids and adults, but the SPCA is reminding pet owners that it's not always a pleasant holiday for animals.

The SPCA has released a list of ways to help ensure pets are kept happy and safe while humans dress up and chow down on candy this Halloween.

While your cat might look adorable dressed as a pirate, the SPCA is reminding people that costumes can be uncomfortable for pets and should be avoided.

"Wearing a costume inhibits the animal's ability to move and communicate through natural body language such as tail wagging or positioning their ears," the SPCA said in a release. "Costumes can cause pets to overheat as well."

Instead, the SPCA suggests dressing up your furry friends in a fun collar or taking them for a walk with a decorated leash.

Loud noises such as doorbells ringing repeatedly or fireworks going off can also be jarring for pets and potentially trigger aggressive behaviour in dogs.

"Give pets a quiet room where they can take a break from the parade of trick or treaters arriving at the door," said the SPCA in its release. "Pets can have fun playing with Halloween-themed catnip or chew toys away from all the unfamiliar sites and smells. Prepare pets ahead of time by getting them used to the sound of the doorbell ringing and giving them a treat."

Pet owners should also make sure that animals have two forms of up-to-date identification such as a collar with tags, ear tattoo or a microchip, which also include their current address and phone number.

"Opening the door for trick-or-treaters all evening long increases the changes that a pet may escape outside," said the SPCA.

Candy should also be stored away from pets as chocolate is toxic for cats and dogs, and other small candies can be a choking hazard. But if you want to make sure your pets also have holiday treats to enjoy, the SPCA has posted a list of pet-safe recipes for Halloween, including canine candy corn and kitty cookies.