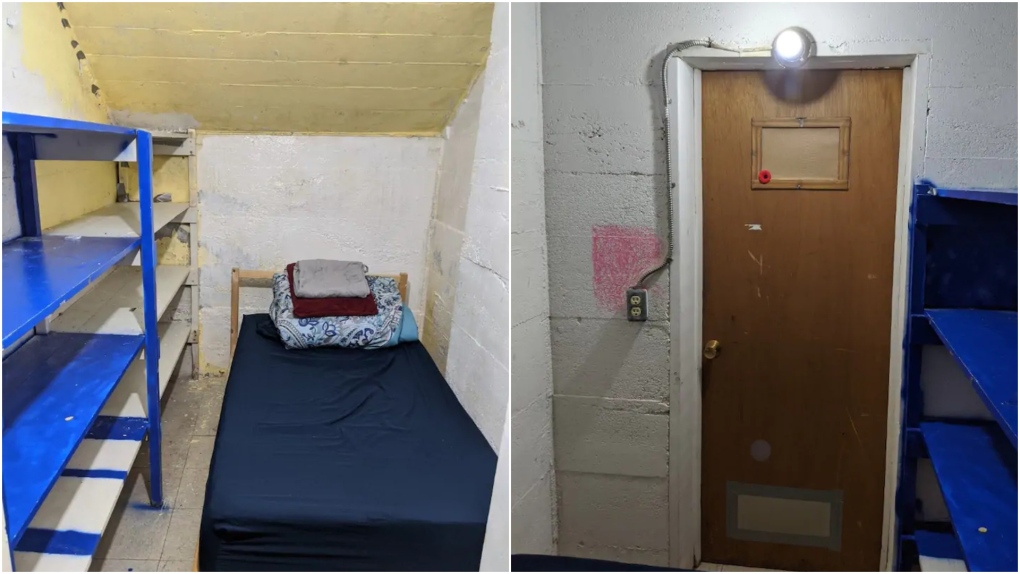 Photos from Airbnb show a listing described as a 'Harry Potter private room.'

The young orphan lives in a cramped cupboard under the stairs at his aunt and uncle's house, making no noise and pretending that he doesn't exist.

Thousands are fans of the popular series of novels and films. Few wish to relive Potter's early years.

But, for those who do, the option appears to be available in Vancouver.

A short-term rental listing describes the accommodation that sleeps up to two guests as a "Harry Potter private room," meaning a "room" under a staircase.

The listing on Airbnb describes the room, which looks more like a closet with cement walls, no leg room and what looks like just a bare bulb for lighting, as being in a community house in Little Australia.

"The roof slants down from one side, as it's under a staircase. It's not quite a cupboard, but it's certainly on the small side," the listing says.

"Enjoy living with other students!"

To rent it Monday night would cost the would-be tenant $33 total, according to Airbnb.

The listing says the building's a five-minute bike ride to the University of British Columbia, "but nestled in the forest with zero through traffic."

Landlords William and Lindsay, who according to Airbnb have been complimented by eight guests recently for "outstanding hospitality," say the home has two kitchens, two bathrooms and a spacious backyard.

There's a bike rack, and the home is near the beach, grocery stores and coffee shops, the listing says.

The couple behind the listing appears to be based in Houston, Texas, and there are 61 listings under their names. Many of them are individual rooms with bunk beds in what they describe as a "UBC crash pad."

The Harry Potter listing was shared over the weekend on Twitter, with a poster wondering whether it's real.

"This is a private room in a community house. The roof slants down from one side, as it's under a staircase. It's not quite a cupboard, but it's certainly on the small side"#vanrehttps://t.co/t10D4jbCgc pic.twitter.com/mPoo5YbbiN

Renting out closet space isn't unusual in a city with a near-zero vacancy rate.

"These are not dens, they are closets," City Coun. Melissa De Genova said at the time.

One such "den," which was so tight the mattress had to be folded for the door to open, was listed at $850.

A walk-in closet was advertised for $580 a month in 2016, and opened into a bedroom being rented by another couple.

"Poor man's Hotel California," the user wrote of a basement unit with pieces of wood nailed over the windows.

Another ad described an apartment "not suitable" for people taller than 6', and a different landlord described a hallway as a bedroom, and a closet with no door as a "flex space."

And it's not just landlords. A Metro Vancouver man offered $150 a month last year to a homeowner willing to let him sleep in a tent in their yard.