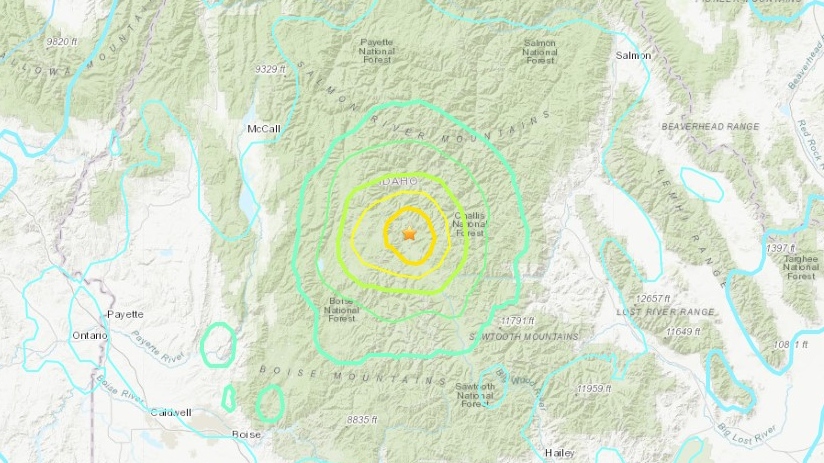 Data from the United States Geological Survey shows the epicentre of Idaho's earthquake on March 31, 2020. (USGS)

VANCOUVER -- B.C. may be hundreds of kilometres away, but some residents reported feeling the 6.5-magnitude earthquake recorded in Idaho Tuesday.

The earthquake was reported in sourthern Idaho by the United States Geological Survey shortly before 6 p.m., local time.

According to Earthquakes Canada, the shake was "felt by many in southern British Columbia and Alberta."

There have been no immediate reports of damage or injuries in the area that has approximately 2 million residents.

In Alberta, the quake was felt as far north as Calgary.

B.C. had its own seismic activity throughout Tuesday, with four events recorded by Earthquakes Canada.

The largest was a 3.1-magnitude quake that happened about 22 kilometres north of Elkford.