So far, 469 people have had adverse effects following the COVID-19 vaccines in B.C. 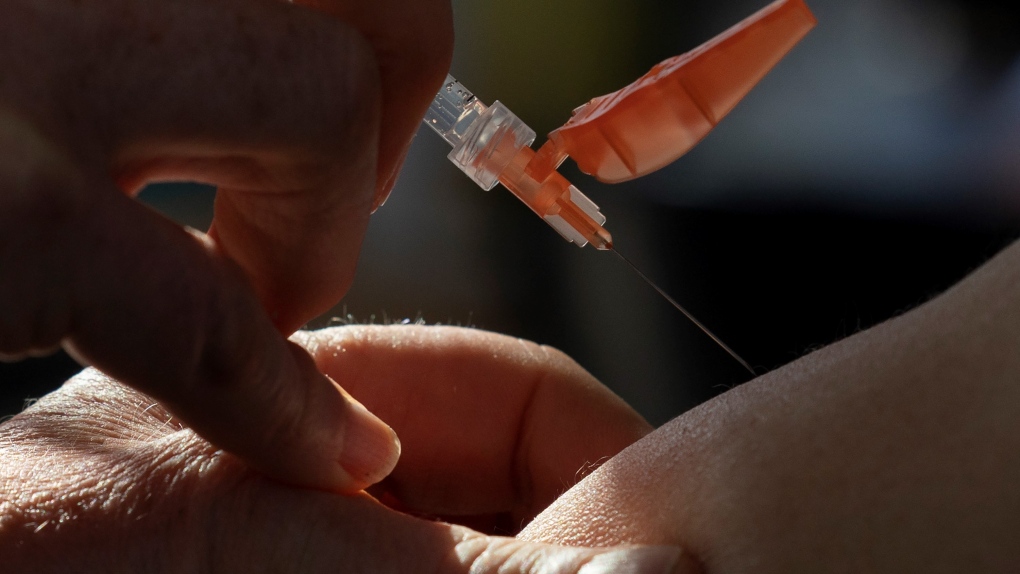 A dose of the Pfizer-BioNTech COVID-19 vaccine is given to a recipient at a vaccination site in Vancouver Thursday, March 11, 2021. (Jonathan Hayward / THE CANADIAN PRESS)

VANCOUVER -- Of the hundreds of thousands of people who've received at least one dose of COVID-19 vaccine in British Columbia, 469 people have experienced some type of adverse effects.

Dr. Bonnie Henry, provincial health officer, said an important thing for those involved is keeping track of how safe these shots are.

"We follow strict protocols to identify and address any safety signals that show up," she said at a news conference in Victoria.

In B.C., health officials report weekly on adverse effects noted after a person is immunized.

"This is important. We look for anything that people might have that could be related to the vaccine that they received," she said.

"And we know that there are many events that happen on a regular basis every day, whether it's people having car crashes, having heart attacks, and sometimes it'll happen in somebody who just happened to have received a vaccine. So it is important that not only do we monitor for all of these events, but we have a process to see if the events that happen are related to the vaccine or not."

Of the 469 cases with "serious" adverse effects noted in B.C., 46 people had allergic reactions, something Henry said can happen with any vaccine.

These reactions aren't uncommon, she said, but are monitored to ensure there aren't more associated with a certain lot. Additionally, people trained in dealing with anaphylaxis are placed at all vaccine clinics.

Henry also addressed concerns raised that resulted in the suspension of use of the AstraZeneca vaccine in some countries.

She said there have been about three dozen known cases of people with blood clots who've received that vaccine.

"We know that these things can happen naturally, in the population they happen at a certain rate, but we also know that they are associated sometimes with COVID itself," she said.

Read more on the doctor's comments on AstraZeneca.

She said the monitoring of possible side effects or conditions reported following immunization is important, and these cases show the system is working, "but we also remember that every day, some people have heart attacks, car crashes, et cetera."

And, Henry reiterated, the novel coronavirus can lead to similar effects at a much higher rate.

"We have seen that here in B.C., tragically, where even young people have died at home from blood clotting, whether it's a heart attack or a pulmonary embolism."