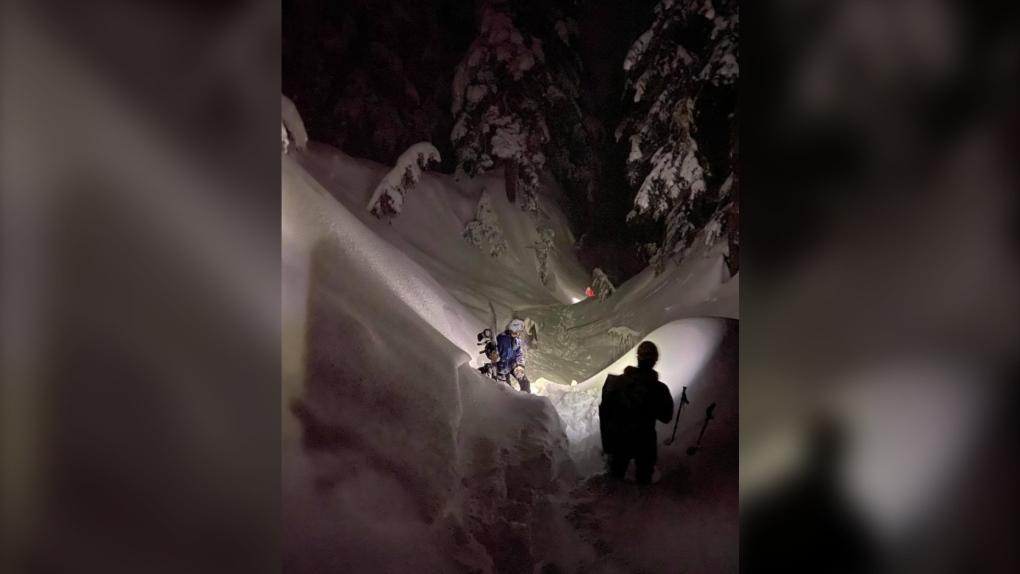 VANCOUVER -- Two snowboarders were rescued late Friday night after a snowshoer trekking nearby heard their yells for help and contacted search and rescue crews.

North Shore Rescue posted about the incident to its Facebook page on Saturday morning, detailing the rescue of the two 16-year-old boys, which was complicated due to avalanche warnings and CTV later spoke to a member of the search team.

“A snowshoer was passing by Suicide Gully (on Mount Seymour) and heard two people calling for help,” reads the post.

North Shore Rescue then deployed search crews to the area to locate the calls for help, and shortly after one of the boys’ father reported that the pair of snowboarders had gone missing from the Mount Seymour ski hill.

“Field teams moved into the area, however due to avalanche danger (the search crews) were only able to get within 400 metres of the two boys,” the North Shore Rescue post continues.

“We had to be very careful in making our way down to those two boys to keep our own team safe,” he said.

It took crews about three hours of travel time to reach a location near the boys in the gulley.

“They had (the) Suicide bluffs up above them, so they had cliffs loaded with snow right above them and they were in steep avalanche terrain themselves,” Pope said.

The rescue came on the same day that Avalanche Canada urged people to stay out of the backcountry on the North Shore mountains due to dangerous snow conditions and a special avalanche warning for the region.

The current snowpack on the North Shore is highly unusual for the area as it has a widespread weak layer buried by snow.

“They were not equipped for those conditions. Once they were down in there, there was no real way for them to make their way back under their own power,” he added.

Once the two boys met up with rescuers, crews provided them with equipment to help them trek out.

Crew members provided snowshoes, avalanche beacons, and headlamps, and they snowshoed out through a route with less avalanche danger, the post concludes.