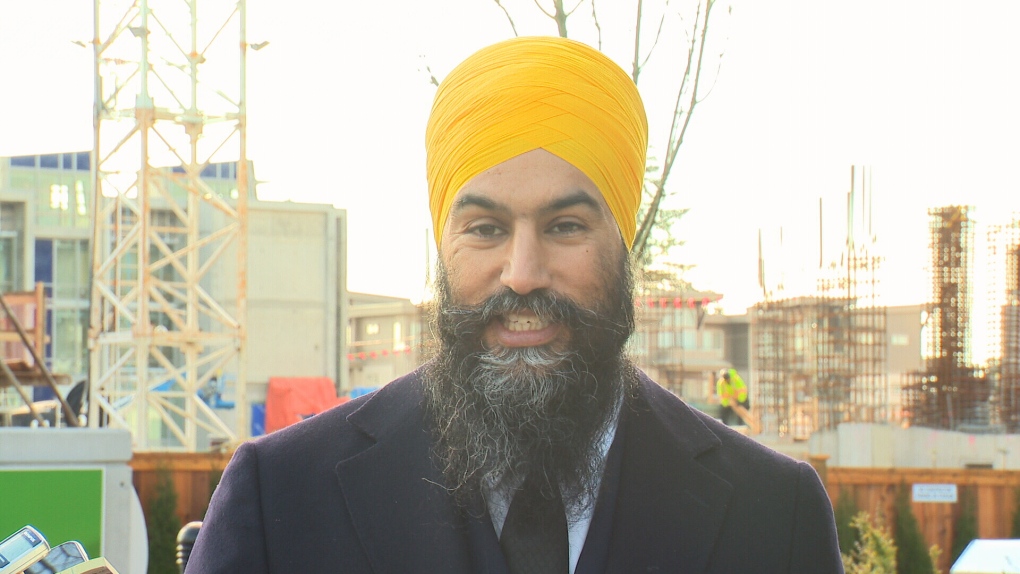 Jagmeet Singh speaks with the media in southern Burnaby.

Speaking to reporters in southern Burnaby, where he's running in a by-election, Singh said the first part of the NDP's plan would be to build 500,000 affordable homes in the next 10years.

"It's clear that people are not the priority," said Singh.

The federal NDP leader suggested his party's proposal was a daring but necessary plan to reject the status quo.

"Canadians demand more, the people of Burnaby-South demand more, and that's why were prepared to commit to these bold actions to actually help people out now," said Singh.

He did not confirm precisely how much money the 10-year plan would invest in housing, saying details of the plan would be rolled out in the future.

Singh used Farrah Gavina, a Burnaby mother of three, as an example of Canadians struggling to find affordable housing.

"It's still small for four people, especially with three young boys in their pre-teens," she told reporters.

While Singh could not provide specifics about the proposed rental subsidy, he confirmed his plan would see the new home buyer tax credit doubled from $750 to cover costs not necessarily included in a bank mortgage.

When asked about what would qualify a home as affordable in reference to his first point, Singh again referred to the salary benchmark.

"We need to make sure that the housing is not going to take more than 30 per centof someone's salary, something that is going to be accessible to the majority of Canadians."