Shooting at Surrey home believed to be targeted, sends man to hospital: Mounties 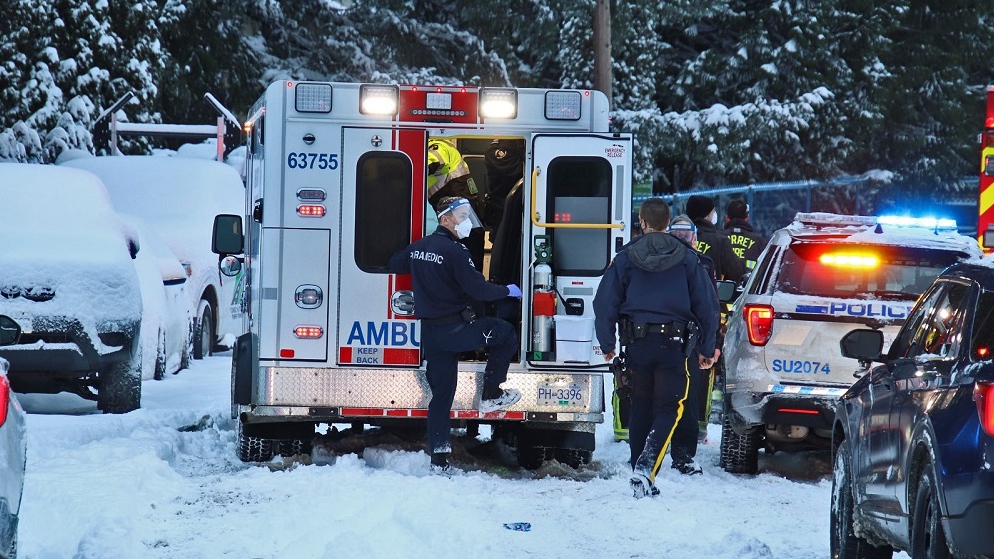 Police and paramedics were called to a Surrey home on Dec. 30, 2021, following reports of a shooting.

Mounties are investigating a shooting at a Surrey home that sent one man to hospital Thursday morning.

Police said they responded to reports of a shooting at a home on Laurel Drive, not far from 140 Street, just after 8 a.m. When officers arrived, they found a man who appeared to be suffering from a gunshot wound.

He was taken to hospital, but Mounties didn't say how severe his injuries were.

"Early indications are that this incident took place among parties known to one another, and appears to be targeted," Mounties said in a news release.

Officers and the police dog service are still nearby looking for the suspect. The public is asked to avoid the area while the search is active.

"While the shooting placed members of the community at risk, there is no indication of an on-going threat to public safety," Mounties said.