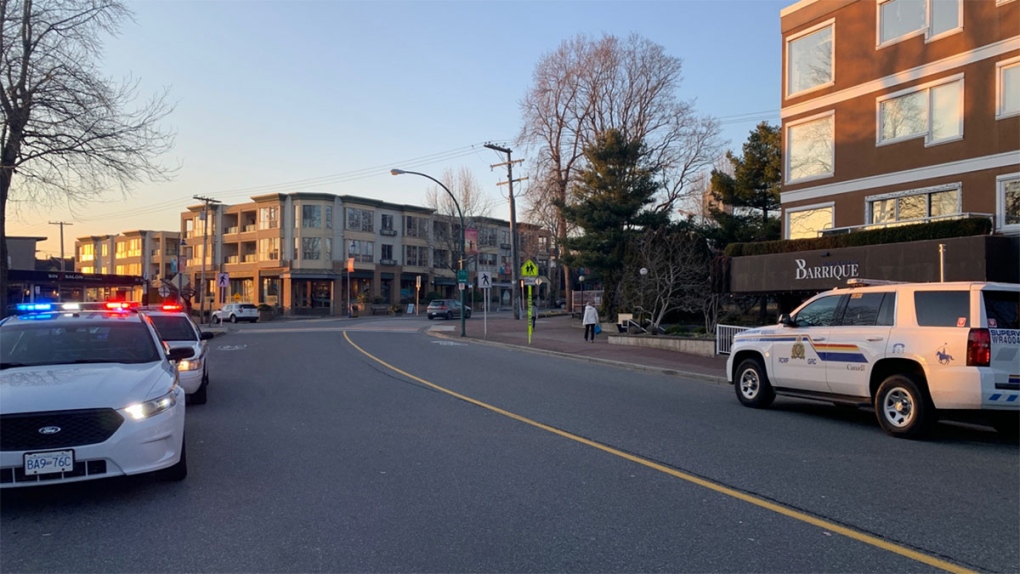 Police cruisers are parked on Pacific Avenue in this photo posted to Twitter by the White Rock RCMP.

VANCOUVER -- The lobby of a White Rock condo building was behind police tape for several hours Wednesday afternoon as Mounties investigated an altercation that sent one person to hospital and led to the arrest of a 71-year-old man.

In a release issued Thursday afternoon, White Rock RCMP said they were called to the scene on Pacific Avenue around 2:45 p.m. Wednesday for "a report of a man down."

When police arrived, they found an unconscious elderly man who had visible injuries on his upper body. He was transported to hospital and remained in critical condition there Thursday, police said.

Around 6:15 p.m., police arrested a 71-year-old White Rock resident for aggravated assault. The man was released with several conditions and a scheduled to appear in court at a later date.

Video from the scene showed what appeared to be articles of clothing lying on the floor in the lobby at 15210 Pacific Ave. On Wednesday, police said there had been an altercation at the site.

Police, fire and ambulance crews all responded to the scene. Witnesses suggested a helicopter may have been used during the police response, and a nearby business owner said he had to close because of the police presence.

Mounties posted on Twitter that a "serious incident" closed Pacific Avenue between Fir and Johnson, but tweeted shortly after 5 p.m. that the area had been reopened to traffic.