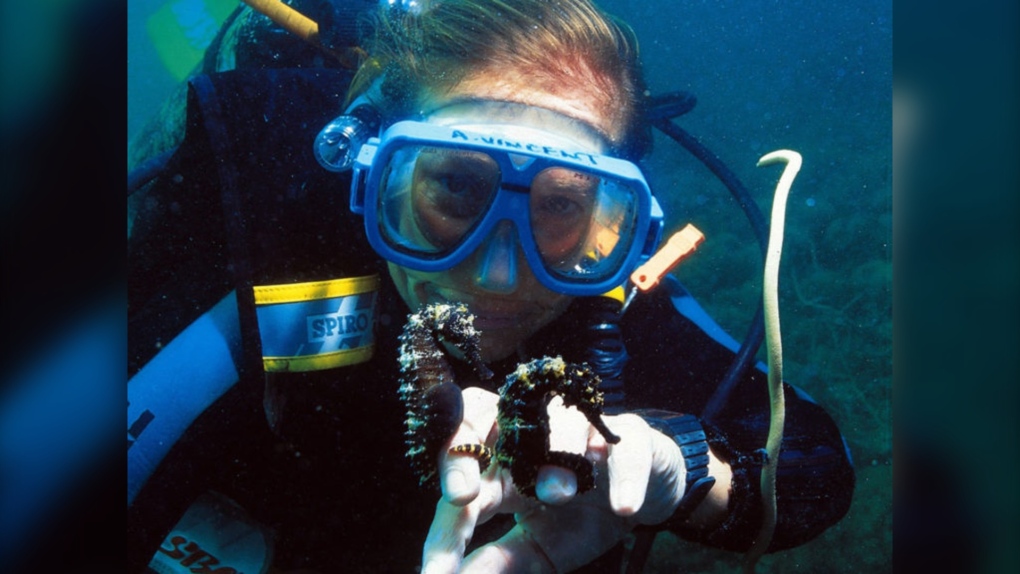 VANCOUVER -- A Vancouver researcher won a top animal conservation award for her work to protect seahorses.

Amanda Vincent, a marine biologist at the University of British Columba, was given the 2020 Indianapolis Prize, which is considered the world's foremost award for animal conservation.

Vincent is believed to be the first biologist to study seahorses in the wild and has studied them in 38 countries.

"I'm absolutely thrilled. The Indianapolis Prize is as close as one gets to a Nobel Prize in animal conservation," said Vincent, who teaches at UBC and directs Project Seahorse, in a news release.

"I started off wanting to save seahorses but we quickly realized that many of the biggest threats to seahorses – from illegal wildlife trade to annihilation fishing practices like bottom trawling – are the same threats faced by many other ocean species and habitats."

Vincent's research into seahorses has also helped develop other conservation efforts to protect coastal habitats worldwide. She's also investigated the international trade of seahorses, which she says spanned about 80 countries in the 90s.

"The scale of the trade was astounding, with millions of seahorses being sold for use in things like traditional medicines, aquarium displays and souvenirs," she said.

"It turned out that we wanted the same thing as the local fishers – for there to be enough seahorses that you can fish off a few without losing entire populations," she said.

At Project Seahorse in Vancouver, Vincent's team is now focusing its efforts to end bottom trawling, which is considered to be the biggest threat to seahorses.

"This waste of life has to stop – we're allowing devastation of our oceans in a way that we would never permit on land," she said.

"If we could convince people to protect seahorses, maybe we could save the ocean too."