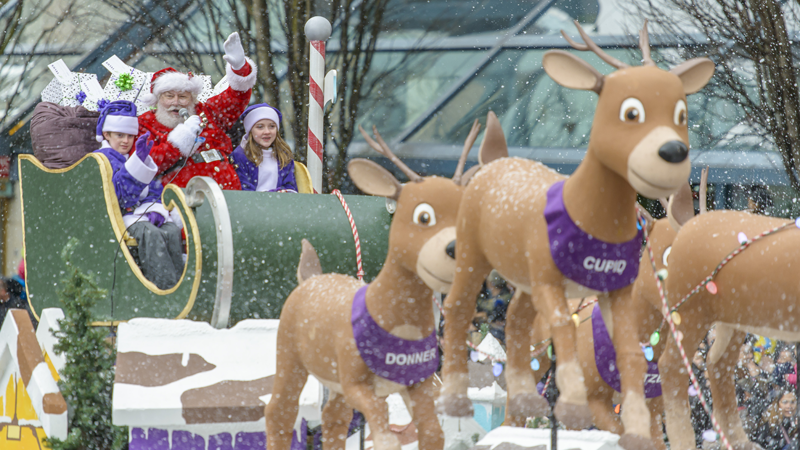 Santa waves to the crowd gathered at the 2017 parade. (Vancouver Santa Claus Parade)

Ahead of the first Vancouver Santa Claus parade post-legalization, organizers are reminding the public that the event is smoke-free.

The rule applies to consumption of both tobacco and cannabis products, those behind the Dec. 2 event say.

The parade, which will wind through the downtown core starting at noon next weekend, is a family event, and the rule is in place so children can enjoy the event.

"Our goal is to provide our parade spectators with a safe, comfortable and healthy environment in which to celebrate the start of the festive season," parade producer Elyse Gawley said in a statement to CTV News.

Other parade etiquette tips put forward by organizers include that the audience should respect parade officials.

"Your safety and that of your family is paramount. Obey all instructions to avoid Santa's naughty list!" the parade website says.

Hooded jackets are recommended instead of umbrellas, which block the view, and parade-goers are asked to allow those in wheelchairs or with small children to sit in the front row. 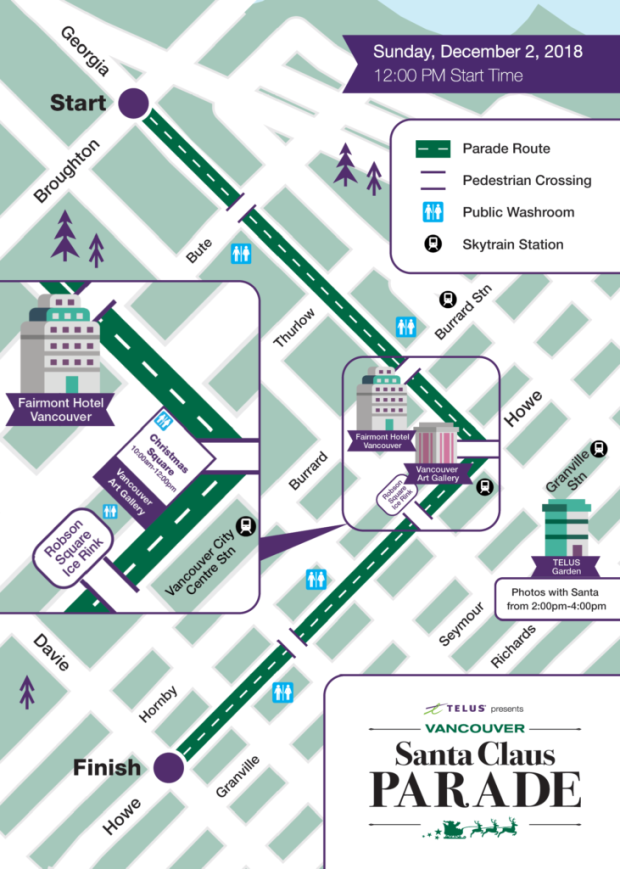