Review: Jay-Z and Beyoncé rock BC Place with 'On The Run II' 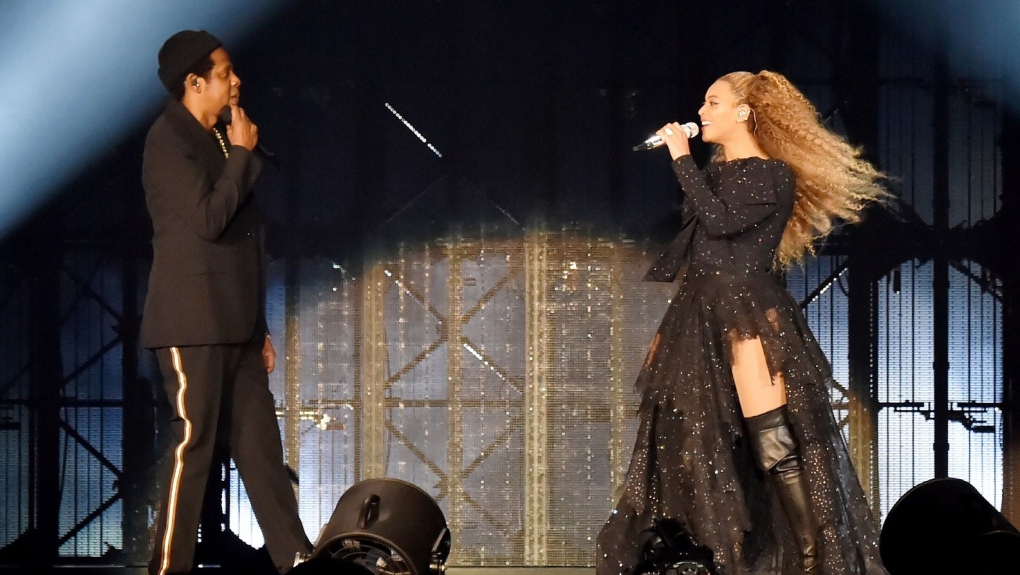 Beyoncé & Jay-Z perform at an earlier tour date of "On The Run II." (© PRNewsfoto/Givenchy)

The last time Jay-Z and Beyoncé hit the road, things weren’t looking so good: a caught-on-camera elevator fight between Jay and Beyoncé’s sister Solange was leaked just days before 2014’s “On The Run” tour, and even without audio, it was pretty easy to read between the lines.

Three albums and two babies later, hip hop’s most influential and elusive couple appears to be stronger than ever. The Carters are on the run – again! – for a whole 47-song set list. Their narrative is something of a soap opera, and like a Friday cliffhanger, people seem to keep coming back for more. As Beyoncé sings in the tour’s title track, “Who wants a perfect love story, anyway?”

Fashionably late, Jay-Z and Beyoncé didn’t play at BC Place until 9:30 p.m. But from the minute they hit the stage with openers “Holy Grail,” “Part II (On The Run)” and “’03 Bonnie & Clyde,” it was clear fans were in for more than just a concert. The show is a spectacle – a feast for the senses, if you will – and one of the most stunning live entertainment experiences ever produced. Every detail, from the stage to the lights to Beyoncé’s infamous hair fans – which are perfectly in sync, always – is choreographed to a tee.

But, when you strive for perfection, does the “fun” get left behind? 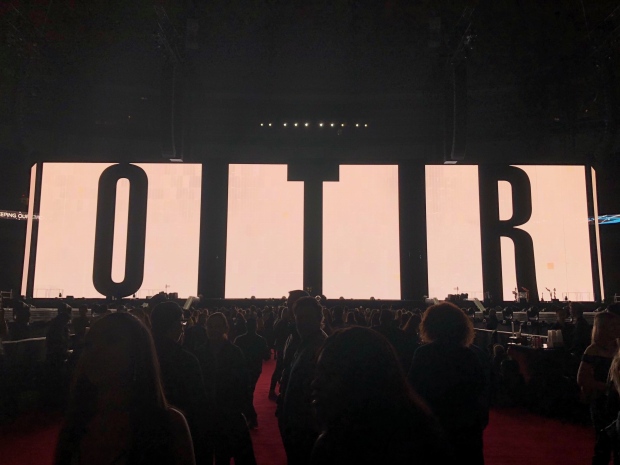 At 48 and 37, respectively, Jay and Bey are well into their two-decade careers; seasoned performers with catalogues of hits. The point is, if you took away the lasers, the dancers, and the glittery costumes – a room of 40,000 fans is going to scream every word to “Crazy In Love” regardless. Sometimes, it would be nice to see the couple go off script and sprinkle in a little more spontaneity. Other than the obligatory Vancouver greeting and end-of-show thank you, there was little audience interaction.

Throughout the show, Jay-Z and Beyoncé are playing characters – or, at the very least, fictionalized versions of themselves. The duo has flirted with the faux-gangster theme since their 2002 joint-hit, “’03 Bonnie & Clyde” – and while the fantasy is sexy, the storyline couldn’t be further from the truth. People on the run aren’t buying $88 million mansions (LA’s most expensive home sale of 2017) and flying around on private jets. At times, it appears the Carters take the theme too seriously: Jay-Z’s fashion choice of a bulletproof vest during “99 Problems” was eye-roll inducing. As much as they try, Jay-Z and Beyoncé seem wildly out of touch with reality. 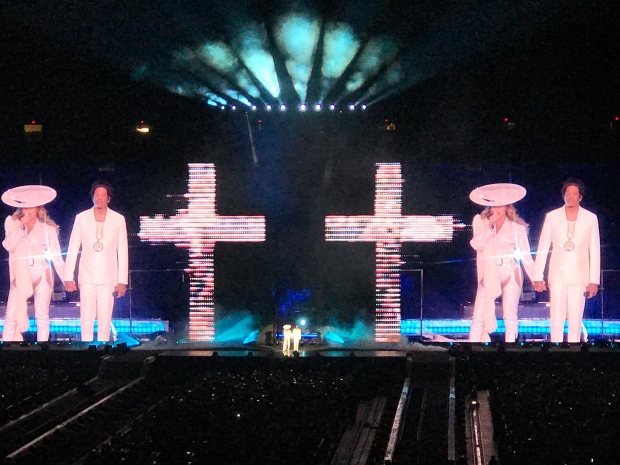 The duo make their entrance at BC Place. (Credit: Cassie Gill/CTV)

With that said, Jay-Z proved he’s earned his spot as one of hip hop’s greatest of all time. Sure, he can be predictable, but the music speaks for itself. Stellar moments included his performance of Kanye West and Big Sean collaboration, “Clique,” and nostalgic jams like “Big Pimpin’,” “Dirt Off Your Shoulder,” and “On To The Next One.” Old school tracks “Can I Get A?” and “Jigga What, Jigga Who?” were notably omitted. His energy on stage was palpable, and Jay is in a class of his own when it comes to working a room.

The “Beyhive” (Beyoncé fans) got what they came for, too: fans were immersed into a real-life music video every time their Queen took the stage solo. And beyond the incredible voice (yes, she was singing live), the dancing, and the fashion, were valuable messages of feminism, racial equality and family values. Her sets and costumes were completely ostentatious, but one would expect no less from Beyoncé.

Where “On The Run II” really shone, however, was when the couple joined forces for their lengthy list of collaborations. Hearing the evolution of their sound over a 16-year period is reflective not only of their growth as individuals, but as artists – 2002 Beyoncé could never get away with the lyrics of 2018’s “APES***.” The way they play off each other on stage – the non-verbal communication – is a fascinating voyage into the marriage, business partnership and brand that is “Jay-Z and Beyoncé.” The sonic cohesion between hits was also seamless, particularly on a Middle Eastern remix of "Naughty Girl" into Jay-Z's smash, "Big Pimpin'" (note: acoustics are much-improved for BC Place concert go-ers). 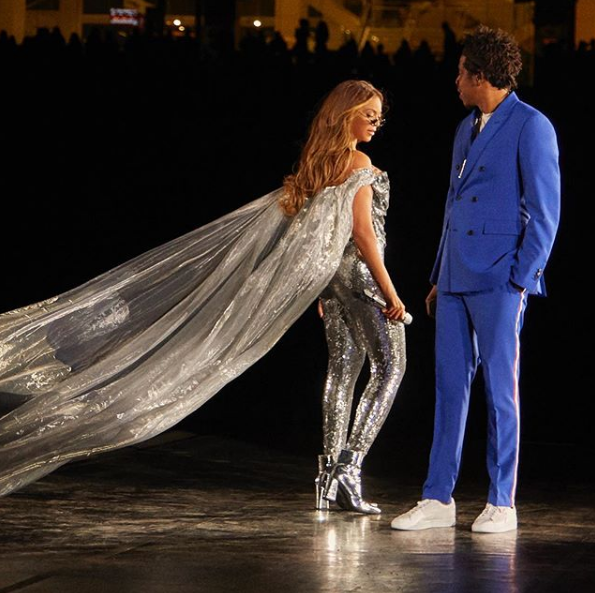 The couple on an earlier tour date. (Credit: instagram.com/Beyonce)

The show remained solidly entertaining for just over two-hours, with little downtime – even when the duo weren’t on stage. Video interludes, featuring the couple on location in Jamaica, were a captivating companion piece. And when Jay-Z and Beyoncé were on stage, the use of augmented reality -- think Snapchat filter on a big screen, in real-time – added a futuristic element (at one point, Jay-Z appeared to be on fire).

Of note, DJ Khaled was scheduled to perform as an opening act. Live Nation did not respond to emails inquiring about his cancellation, but social media indicates DJ was having a very good time in Miami with Kylie Jenner. Contemporary R&B duo Chloe x Halle performed as planned.

As Jay-Z and Beyoncé exited the stage – with screens that read, “This Is Real Love” – it felt like the room wasn’t ready for the experience to end. Great performers always leave you yearning for more, and that’s just what Jay-Z and Beyoncé did.