Research could suffer if whales banned from aquarium, report finds 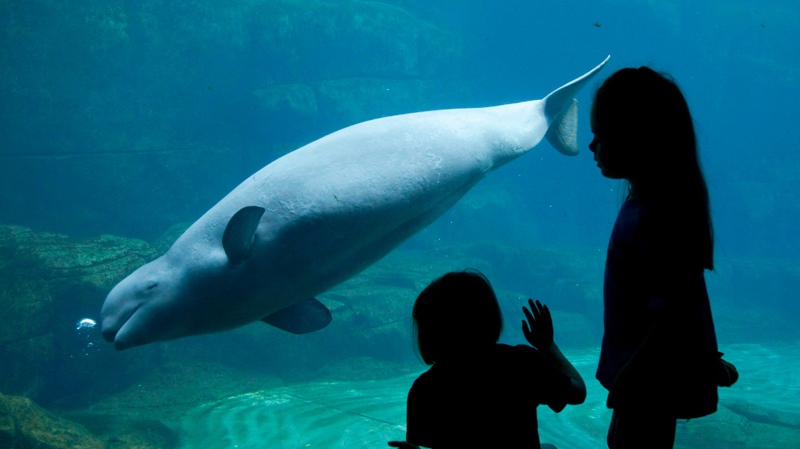 VANCOUVER -- Research-and-rescue work on dolphins and whales at the Vancouver Aquarium could suffer if the facility ended its captivity program, says a newly released report.

The report by University of California veterinarians and scientists was published on the City of Vancouver's website Wednesday and comes at a time of increased public debate about keeping the animals in captivity.

In April, Vancouver city Coun. Adriane Carr said the issue should be addressed during this fall's municipal elections, and Mayor Gregor Robertson said he'd like to see the captivity program phased out.

Park board members, who commissioned the report and oversee a bylaw that allows the aquarium to keep the animals, known as cetaceans, will consider the document during a special meeting this Saturday.

The report said the quality of the aquarium's research and stranding-response programs could be compromised if the cetaceans were phased out.

"They would no longer be able to use captive cetaceans to learn information that could benefit the management and conservation of free-ranging cetaceans," it said.

"Similarly, they could respond to cetacean strandings, but would no longer have an option for the long-term care of animals that could not be released back into the wild."

The park board should consider commissioning another study that would assess the complex, ethical issues of keeping cetaceans in captivity, the authors added.

A spokeswoman at the aquarium declined comment on the report's release, saying officials would talk about the document during the Saturday meeting.

A spokesman for Robertson said he wasn't available for an interview and reiterated comments made by the mayor in April about the captivity program.

Aaron Jasper, the park board's commissioner, did not respond to a request for an interview, but said last month that members are not considering any specific action and want a report based on facts.

"People have strong passions about this on either side of the issue," Jasper said Wednesday. "Let's take a deep breath and all of us, in a respectful way, let's work through this."

The aquarium opened in 1956, and in 1996 adopted new standards that ended the capture of wild cetaceans.

It does house rescued animals that cannot be returned to the ocean or animals that were born in captivity, and among its current cetacean residents are two Pacific white-sided dolphins, two harbour porpoises and two belugas.

The report said the aquarium is the only facility in North America to keep harbour porpoises and has pioneered emergency care, transportation, feeding and medical treatment protocols for cetaceans that have been stranded.

The aquarium was also credited in the report for helping stranded bottlenose dolphins during the British Petroleum oil spill in the Gulf of Mexico and consulting on strandings in the Gulf of St. Lawrence and Washington state.

"The average number of visitors per year was higher for institutions that housed cetaceans," said the report, adding the aquarium reported it had 928,000 guests in 2013.

The report's authors said the city provided them with data on 617 aquariums from around the world, some of which were temporarily or permanently closed.

In June, the aquarium unveiled a $45-million, 5,100-square-metre expansion-- the most significant in its 58-year-history -- that included 360-degree digital screens and a 4.3-metre glowing blue globe with the North Pole at the bottom.

To read the entire report on cetaceans at the Vancouver Aquarium, click here.