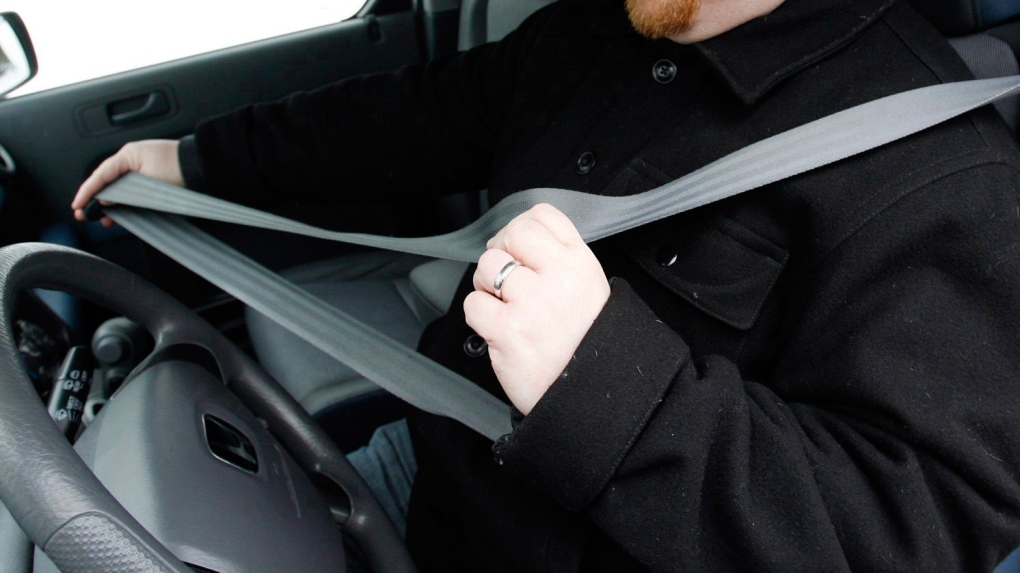 A man checks the length of his seatbelts in this January 2008 file image. (AP/Nam Y. Huh)

A new report on deadly car crashes across B.C. has found a shocking number of victims weren't wearing seatbelts when they died.

The BC Coroners Service report determined 29 per cent of drivers and passengers who were killed between 2011 and 2016 weren't using a "restraint," which includes both seatbelts and safety straps for child car seats.

Women were more likely than men to have been using a restraint, at 71 per cent to 49 per cent, respectively.

Driving around unbuckled has been illegal since 1977, and even passengers can be ticketed for failing to wear a seatbelt.

The B.C. government says the chances of survival "increase dramatically" when people are properly restrained during a crash, and those who aren't pose a risk to everyone in the car.

"Occupants in the vehicle who are not properly restrained can cause significant injury to themselves, other occupants or the driver during a collision," according to the Ministry of Transportation.

The coroners statistics also single out impairment as a common factor in crash deaths. One-third of the fatalities recorded between 2008 and 2018 resulted from collisions involving drugs and alcohol.

There were 314 deaths across the province last year alone, which is a slight increase from the 299 recorded in 2017 but still below the annual average of 329 recorded over the last decade.