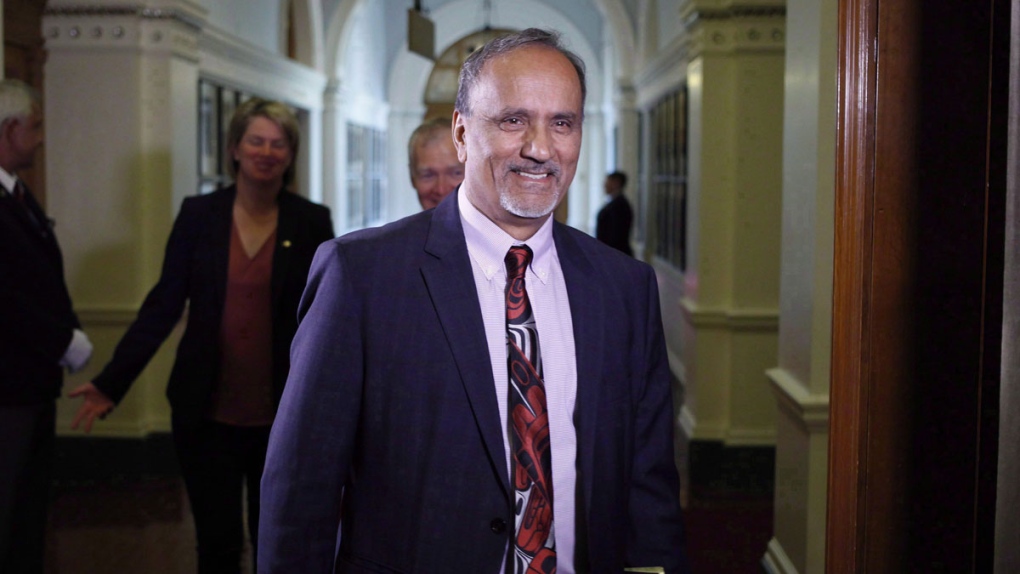 Labour Minister Harry Bains arrives to the start of the debate at B.C. Legislature in Victoria, B.C., on Monday, June 26, 2017. THE CANADIAN PRESS/Chad Hipolito

The provincial government is asking the public to weigh in on potential changes to employment law that it says will strengthen support for working people who have been victims of domestic or sexual violence.

B.C. is one of only two provinces that doesn't offer paid leave to people who have been subjected to this type of abuse. Alberta is the other. Most provinces and the federal government require employers to provide somewhere between two and five days for employees facing such situations.

To determine whether B.C. should implement a similar requirement, the provincial government has launched an online questionnaire, which will be open for public feedback until Oct. 8.

"We want to hear from a diverse range of voices -- be it businesses, communities, advocacy groups and individual British Columbians -- on what government can do to ensure workplace support is there for people when they need it most," said Mitzi Dean, parliamentary secretary for gender equality, in a release. "I'm looking forward to exploring options on helping rebuild people’s lives after violence."

Dean and Minister of Labour Harry Bains will be making recommendations to the provincial Cabinet based on the results of the consultation.

Currently, B.C.'s Employment Standards Act provides up to 10 days per calendar year of unpaid leave, as well as up to an extra 15 consecutive weeks of unpaid leave for people who have been victims of domestic or sexual violence.

"These provisions help people take the time needed to go to medical appointments, look for a new home and restore their lives without having to worry about losing their job," the government said.

More than eight in 10 working people who have been subjected to domestic violence reported it interfering with their work performance, according to the B.C. government.