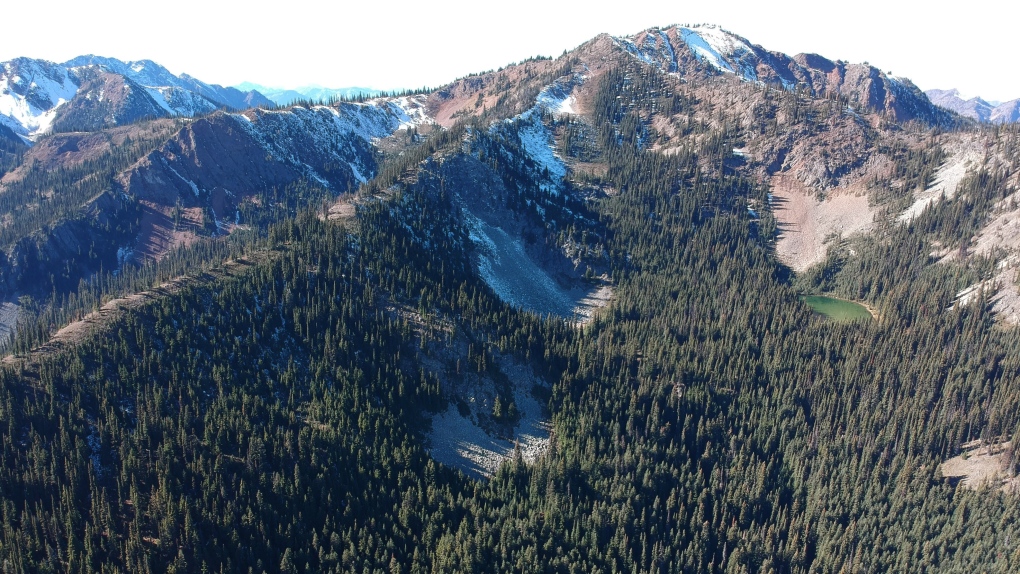 A small lake below Silverdaisy Peak in the "doughnut hole" is seen in this photo provided by the Wilderness Committee.

Opponents of a proposed mining operation in the space between two provincial parks in B.C.'s Interior say they have sent more than 6,000 letters about the project to the provincial government.

According to B.C.'s Ministry of Energy, Mines and Petroleum Resources, the doughnut hole was created through reconfigurations of the two parks over the years. A portion of Manning park was removed in 1968, and a portion of the former Skagit Valley Recreation Area was removed in 1995, right before the area was designated as a provincial park.

"The impetus for the reconfiguration of the park boundaries in both cases was largely in part to accommodate existing mineral tenure interests," the ministry said.

The area is part of the headwaters of the Skagit River, which flows south out of B.C. and across the border into Washington State, where it eventually empties into Puget Sound.

Opponents of allowing mining in the area argue that doing so would negatively affect the water quality in the river and hurt the local recreation-based economy.

"The Skagit watershed is a classic example of the need to look carefully at the impacts of activities like mining and logging both upstream and downstream on both sides of the border," said Will Patric, executive director of Rivers Without Borders, in a release.

That organization is one of 140 to voice its opposition to mining in the doughnut hole, according to Washington Wild, a U.S.-based conservation organization that has been working to coordinate the opposition.

Washington Wild counts 46 elected officials in the state -- including Gov. Jay Inslee -- among opponents to mining in the Skagit headwaters. It also lists 42 conservation organizations, 23 recreation organizations, 14 businesses, eight First Nations and seven government agencies -- all American -- as opponents of the proposal.

Most of the organizations on the list are American, but the 29 that are B.C.-based sent a letter to Herman Henning, the province's chief inspector of mines, on Tuesday.

In the letter, the organizations warn about the environmental and economic impacts mining could have on both sides of the border. They also argue that Imperial Metals, specifically, should not be allowed to mine in the Skagit River headwaters because of its role as the owner of the Mount Polley mine, which was the site of a massive tailings pond breach in 2014.

"We ask you to deny Imperial Metals’ proposed mining permit and focus your attention on working with the international Skagit Environmental Endowment Commission to secure lasting permanent protection for this important watershed from logging and mining," the letter reads.

Imperial Metals' application for a mining permit is currently under consideration, according to the ministry.

The deadline for public responses to the proposal was May 17, and consultation with First Nations in the area is ongoing, the ministry said. It did not give an anticipated date for when a decision on Imperial Metals' permit application would be made.

"The permit application is currently with the Statutory Decision Maker (SDM) who will make a decision when they have completed a thorough review of all input submitted," the ministry said in a statement to CTV News. "The ministry makes a serious effort to consider and weigh all relevant information and perspectives, and is committed to conducting a thorough and comprehensive review."