Homes in Vancouver's priciest neighbourhoods are already worth millions, but soon their backyards may be too.

Some Vancouver homeowners are on the verge of getting the green light for a massive windfall, which is part of plan to make life in the city more affordable.

A proposal to be presented in front of council next week suggests changes to property development rules that include allowing owners of single-family homes in certain areas be permitted to sell off smaller homes built on the same property, like laneway and coach houses.

There are only a few thousand laneway homes in the city due to City Hall red tape and rules that restrict residency to renters only. The current rules make it difficult for property owners to recoup their investment.

But the report suggests those smaller homes be made available for purchase, a move that officials say will offer a more affordable option for those who cannot afford to live in Vancouver's single-family neighbourhoods.

If approved, property owners would be able to stratify and sell smaller homes on their lots, provided they retain the "character home."

"We combine that win of restoring more character homes and providing more in that area where the population is declining," said Mayor Gregor Robertson at a news conference Thursday.

The incentive would apply to approximately 12,000 pre-1940s character homes in the city and could result in the creation of several thousand new homes over the next 10 years. The changes would apply to all areas designated single family (RS) neighbourhoods, which appear in grey in the below map. 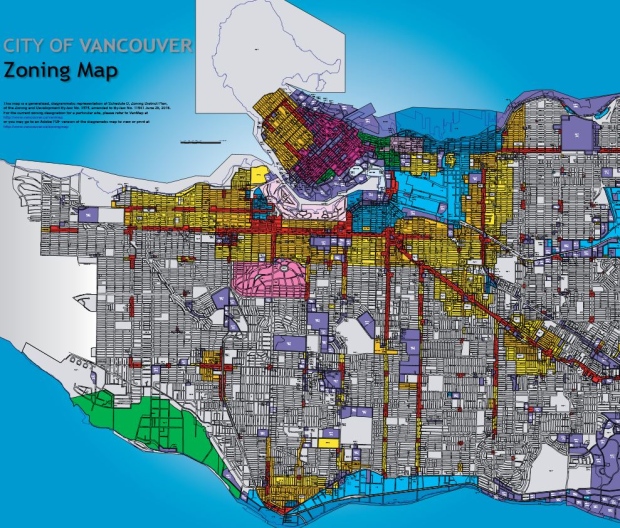 View a larger version of the city's zoning map here. To find your zone by address, search here.

Among the affected areas are Dunbar, Kerrisdale and Arbutus Ridge, neighbourhoods the city says saw a drop in families and children in the most recent census. Currently, coach houses and other stratified options are not permitted in those areas though laneway rental homes are allowed.

Once a landowner is able to sell a laneway house, he or she stands to make a lot of money in the sale. Some listings CTV News found for coach and laneway houses were for more than $1 million.

Turning a backyard into a million-dollar windfall could mean a rush to build, according to University of British Columbia economist Tom Davidoff.

"Prices are so high relative to rents (that) it's a lot more attractive to sell a unit," Davidoff said.

"You'll see a lot more people when given the option to sell."

In addition to the possible sale of stratified smaller homes in SR zones, the report also suggests changes for Mount Pleasant and Grandview-Woodland areas (RT zones) that would increase housing options on 4,800 properties.

The suggested changes include: increasing the number of homes permitted on a 33-foot lot; allowing laneway homes to be built for rent or sale; and permitting owners of large lots to build four-plexes.

Altogether, approval of the incentive would affect 16,800 properties.

"Even if you got 1 or 2 per cent, we're talking about several thousand units. It does add important supply," said Vancouver's chief planner Gil Kelly.

The proposal will be put forward to council next week, and referred to public hearings in the fall.

With a report from CTV Vancouver's Jon Woodward 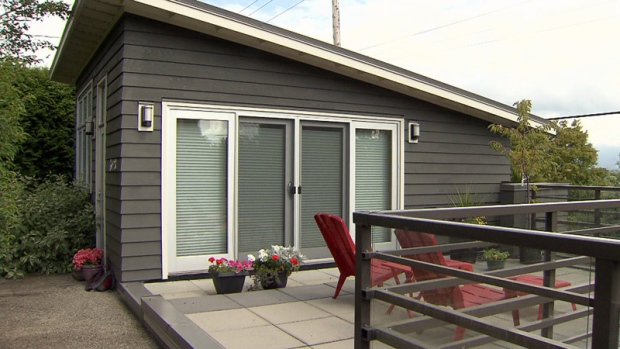 Vancouver could be seeing more laneway houses like this one, which was built in Vancouver’s MacKenzie Heights Neighbourhood by Smallworks four years ago.