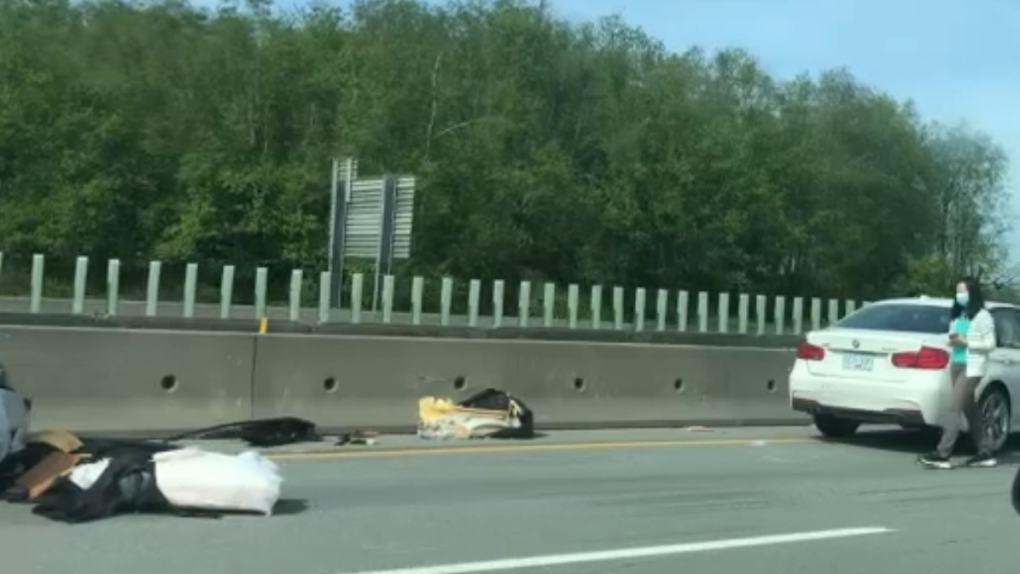 A sofa that fell off a vehicle on the highway caused a major pileup in Surrey Thursday morning, according to RCMP. (CTV)

VANCOUVER -- A sofa that fell off a vehicle on the highway caused a major pileup in Surrey Thursday morning, according to RCMP.

Police and emergency crews were called to the scene, and one person was taken to hospital with injuries that were believed to be non-life-threatening, police said.

Early in the investigation, police determined that the crash happened when "a vehicle braked hard to avoid some debris in its lane, causing the chain-reaction, rear-end crash."

In a follow-up email, RCMP told CTV News the debris in question was a couch that had apparently fallen off of another vehicle on the roadway.

"Police are asking any witnesses to come forward who can provide details about the vehicle that lost the sofa, as police wish to speak with its driver/owner," police said.

They're also asking anyone who may have dash cam video of the vehicle with the sofa on board, or any other information about the crash, to get in touch with them. Tips should be provided to BC Traffic Services at 604-526-9744 and cite file DF21-634, police said.