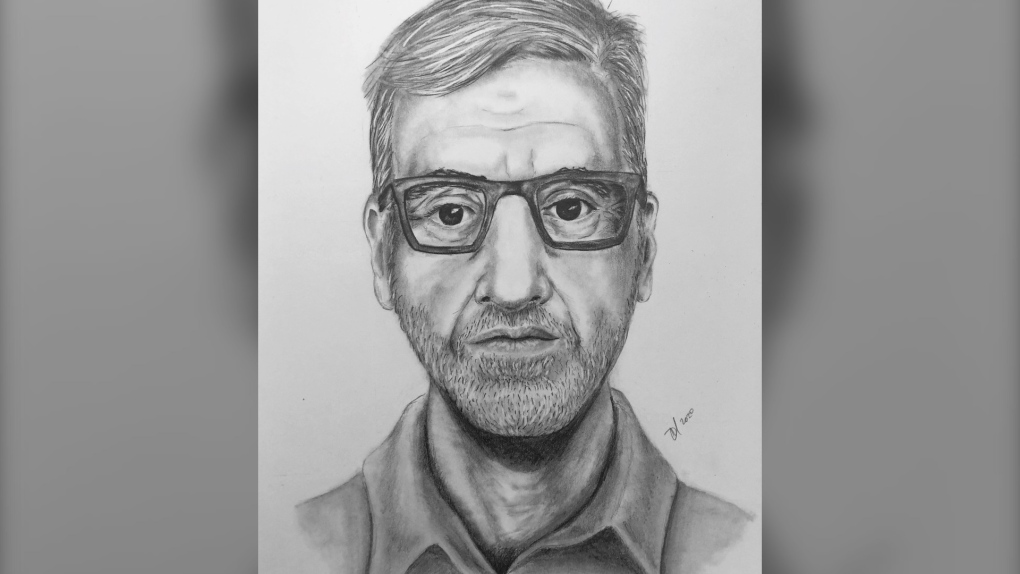 Abbotsford police released a composite sketch of the suspect in the Sept. 29 incident that caused the 59-year-old victim's injuries. (Abbotsford Police Department)

VANCOUVER -- The family of an Abbotsford woman left with what police describe as life-altering injuries after a hit-and-run incident late last month is appealing to the public for help finding the driver who injured her.

"We can’t imagine how anyone could live with themselves for this long knowing that they have not only severely injured someone but greatly affected the life of their family and friends," the woman's daughters said in a news release issued by the Abbotsford Police Department Friday.

Abbotsford police also released a composite sketch of the suspect in the Sept. 29 incident that caused the 59-year-old victim's injuries.

The incident occurred around 7 p.m. in the parking lot of the West Oaks Mall. Police said the victim was struck and seriously injured while crossing at the crosswalk in front of London Drugs.

After the collision, the driver stopped, got out of his gray Dodge Caravan and spoke to people in the area, according to police. He then got back into the vehicle and drove away, leaving the victim to be tended to by passersby, police said.

The victim's daughters said their mother has been transferred to Abbotsford Regional Hospital.

"Her condition has improved, however some of her injuries will severely impact her quality of life," they said. "We are especially concerned about her vision, as she is already deaf."

Police ask anyone with information that might help them track down the driver to call them at 604-859-5225.