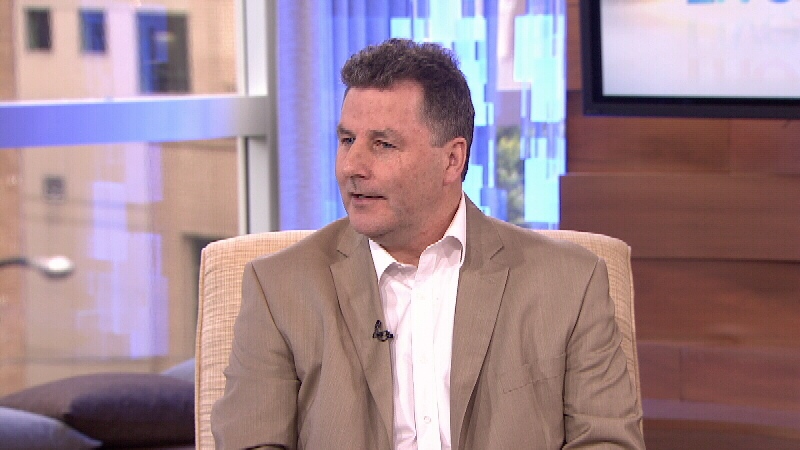 Terry Berting of the B.C. Confederation of Parent Advisory Councils says the group will meet on the weekend to discuss how they can approach the government and the teachers' union to negotiate a deal. (CTV)

RICHMOND, B.C. -- Disruptive job action and hostile clashes between the government and British Columbia's unionized teachers are starting to irk the parents of half-a-million schoolchildren to the extent that their representatives are considering exerting their own pressure tactics.

"A parents' strike? I don't know. All I can say is the bear is stirring," said Terry Berting, president of the B.C. Confederation of Parent Advisory Councils.

"We, deep down, are approaching a tipping point where perhaps parents are going to have to do something on our own if this doesn't get settled soon."

More than 100 parents gathered Friday in Richmond, B.C., for the confederations' annual general meeting, where exasperation and rising fatigue were evident over hampered contract talks and the teachers' jobs action.

"All of this has been hard," said Heather Hamlin Gravells, whose two children in grades four and seven attend school near Salmon Arm, B.C.

"Happiness should not be underrated, and he's not experiencing a lot of that right now at school," Hamlin Gravells said. "He's stressed out, based on the strike and job action. He cares about his teacher and he sees she's not able to do what she should be able to do and he doesn't want that."

The conference kicked off with a keynote address from Education Minister Peter Fassbender, who told parents he's committed to a resolution that's good for everyone.

But he said a solution must be achieved within the reality of economic constraints.

"I stand before you believing that teachers deserve a raise, teachers deserve stability," he said. "But you know what? Communities deserve that as well. And the government has a responsibility to taxpayers and finding that balance."

A wide gulf remains between the parties based on cost, Fassbender said. The cost of bringing classroom sizes back to what they were in 2001 and the teachers' union's current wage demands would cost the government $2 billion annually, or $1,100 per taxpayer, he said.

Regardless of the sticking points, the minister said the government is available to bargain 24/7 and although it's aiming to settle before the end of the school year, it's fully prepared to bargain throughout the summer.

After Fassbender's speech, Berting said the provincial education system has become an embarrassment. He said the confederation's members, who represent 1.3 million parents, would meet over the coming weekend to discuss their options because everyone's patience is wearing thin.

He noted some parent groups have already mounted small demonstrations in their own districts.

"Even though we're a diverse lot of all political stripes, we all care passionately about our children and we all care about the system," he said. "We're trying to keep the high road, but again, at some point we've got to say something."

Orra Storkan, whose 18 year old is set to graduate this year, said the situation for her son and his classmates is frightening.

But the mother from Lillooet, B.C., said she honestly believes the government is committed to getting the problem resolved fairly.

"From the outside looking in, I think it's pretty hard to ask for such an extravagant wage increase," she said. "No one is more deserving or less deserving, but ... if we stall out over salary and wage, I don't think (teachers) are going to have much sympathy from parents."

The BC Teachers' Federation has demanded a 13.7 per cent pay hike over four years, while the government is offering them 7.3 per cent over six years. Teachers also want class size and composition to be bargained, in accordance with two B.C. court rulings that said the government had illegally stripped the issue from the contract more than a decade ago.

Teachers will head into a second week of rotating strikes every day next week except for Wednesday, the same day the provincial Labour Relations Board will deliver a labour provision ruling. The union argued before the board that the employer has no authority to dock teachers' pay by 10 per cent during the dispute.