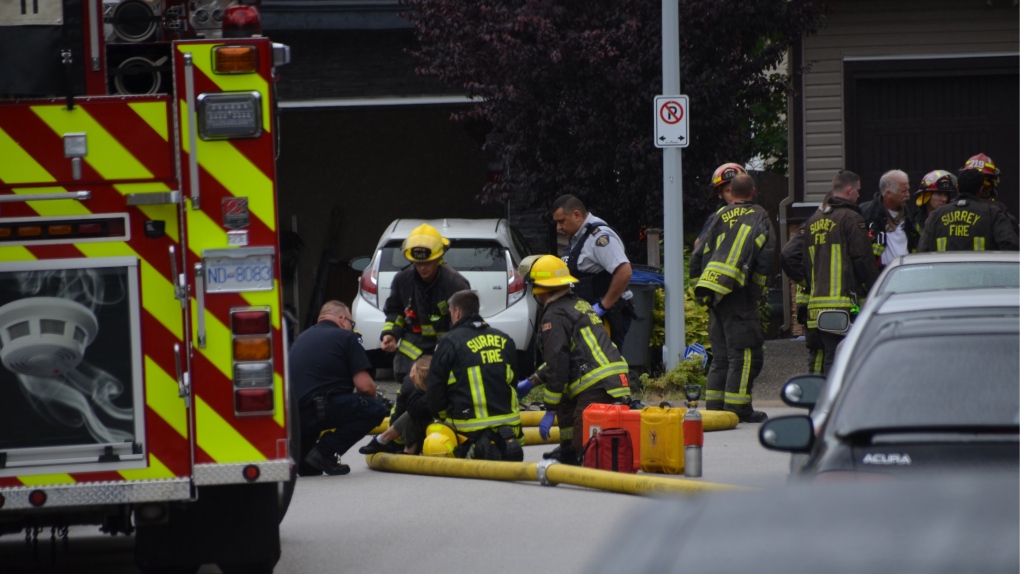 Two toddlers and one of their parents are still fighting for their lives in hospital, days after a suspicious fire erupted in a basement suite in Surrey.

Though authorities initially reported that the children were the only ones in critical condition, Cpl. Elenore Sturko of Surrey RCMP confirmed Friday that a parent is critically injured as well.

The fire that broke out Sunday morning is still considered suspicious, but police haven't revealed any more information about the suspected cause.

Sturko said authorities understand there's a lot of public interest in the story, and they will be sharing updates when they can.

"It's one of those things that's very concerning to the public, and very upsetting – especially when we're talking about young kids in a fire," she said.

The RCMP would not comment on potential suspects in the case either.

Authorities said the conflicting reports about the parent's condition stemmed from the fact that the patient was released from one hospital, then immediately transported to another.

The terrible incident left neighbours in the area shocked and saddened. Outside the home, onlookers watched on as first responders performed first aid on the victims on the road.

"Firemen gave them CPR," Ragender Chauhan, who lives in the area, told CTV News earlier this week. "We all pray for them."

Neighbours said police have been to the home before, and were last seen at the property hours before the fire started.