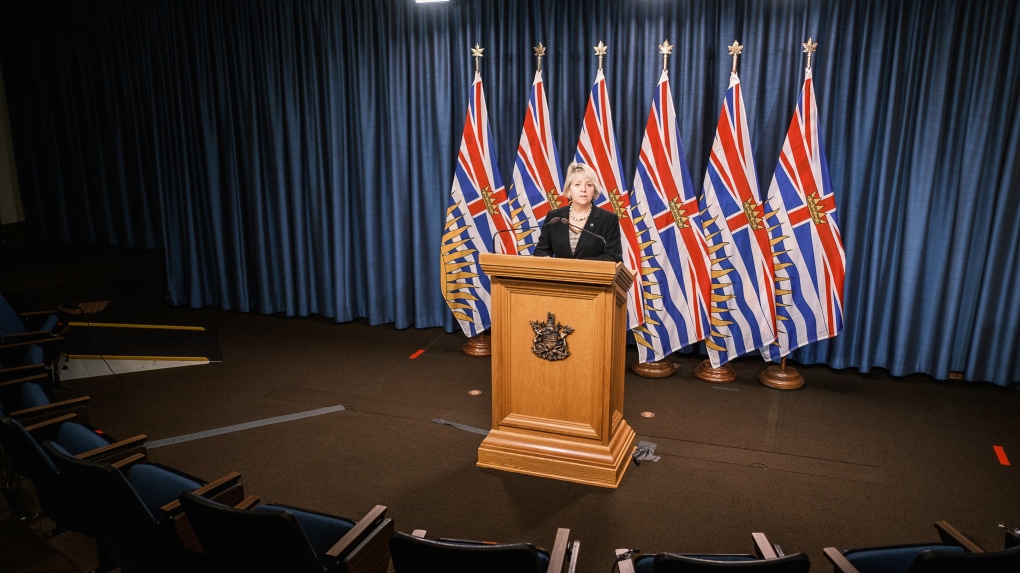 VANCOUVER -- Health officials announced 761 cases of COVID-19 in British Columbia on Thursday, while announcing an extension of the order severely limiting social interactions.

In addition, the provincial health officer announced a slight change to the way B.C. will be reporting COVID-19 cases. While officials used to provide case increases by 24-hour reporting period, they will now be providing them by calendar date.

That means Thursday's update is for cases identified on Wednesday alone, not from Wednesday morning to Thursday morning. Henry indicated there would be a "slight increase" in case counts for a few days as the new system kicks in and "the previous lag that we used to have from positive result to reported case is eliminated."

The new, faster system is possible because the B.C. Centre for Disease Control is now receiving positive test results directly from labs, instead of having to wait for reports from local health authorities.

The latest case count brings B.C.'s total since the start of the pandemic to 56,015.

Henry said 372 people are currently hospitalized with COVID-19, 74 of whom are being treated in intensive care units.

That total is down slightly from Wednesday, when a record was set for most people in hospital due to the disease (381).

Hospitalizations are often said to be one of the best indicators of the seriousness of the crisis.

Currently, there are 6,349 cases considered to be active in the province, and another 8,849 people are being monitored by public health officials.

That total may actually be higher, as it does not include some being monitored in the Northern Health region.

Henry said 47,374 people are considered to have recovered from COVID as of Thursday's update.

Of the latest cases, the majority are in the Fraser Health area. In addition to those 484, another 96 patients are in the Interior Health region, 94 in Vancouver Coastal Health, 64 in Northern Health and 23 in Vancouver Island Health.

The latest total of new cases was higher than the average of 563 cases per day recorded over the past week. The province's rolling seven-day average for new cases has been surging since the end of December after decreasing for several weeks.

Henry also announced the sweeping restrictions in place across the province will continue into February, and announced one new outbreak on Vancouver Island.