Online database reveals what books are banned, and where 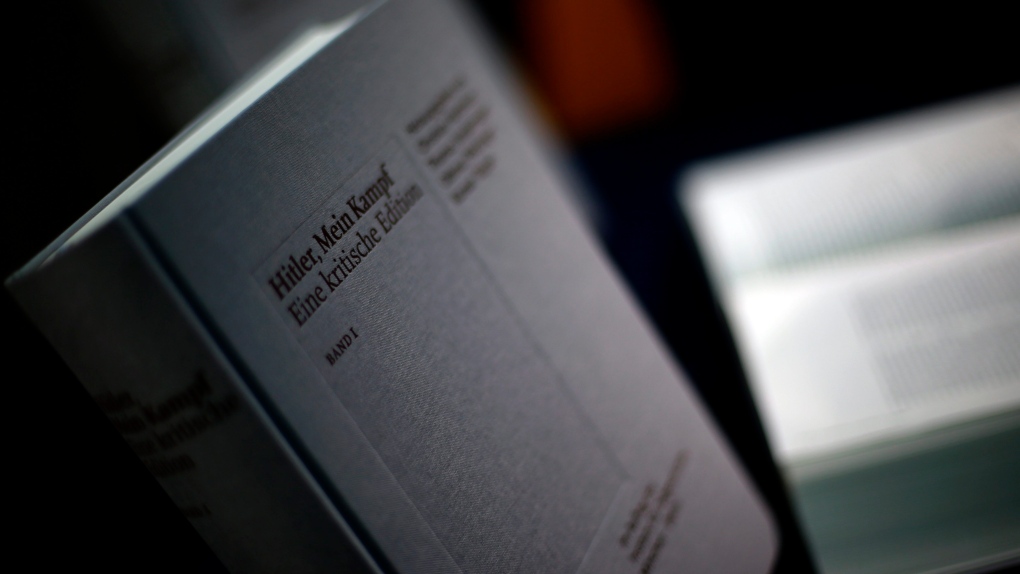 A copy of 'Hitler, Mein Kampf – A critical edition' is presented prior to a news conference in Munich, Germany, Friday, Jan. 8, 2016. (AP Photo/Matthias Schrader)

Books ranging from Harry Potter to Galileo's writings now make up a searchable list of censored or banned books, thanks in part to a UBC professor.

"What was fascinating with this project was to ask yourself the question 'what does censorship constitute?' and when do you reach the point where you say 'I'm being censored,'" he told CTV News Vancouver from Germany.

The list is part of the larger art installation known as documenta14, which is a replica of Greece's Parthenon, but constructed of books instead of stone.

Gassner says he and the team spent six months researching which works are banned in which countries or institutions.

The University of Kassel, which helped compile the list, calls it the world's largest directory of censored or banned works.

The list says provides the name and type of material as well as where and when it was banned.

For example the Catholic Church banned hundreds of books and writings, only to lift the ban in 1966.

The list also highlights the innocuous books that manage to run afoul of censors.

"A phenomenal item is the Fairytales of the Brothers Grimm, which were banned in the Soviet occupation zone of Germany post World War II," said Gassner, explaining they were banned due to representing German nationalism. "Even though you wouldn't call the Brothers Grimm radical nationalists, in the 20th century they became the paragons of what it means to be a German and think like a German."

But creating the list relied on finding out what was banned in the first place, and some institutions, he admits, are better at censorship than others.

"One database that was provided to us was a list of books banned by Texas prisons, so inmates can't read them. We also looked at items that are currently censored in China, which we weren’t able to find very many because censorships works very well in some places," he said.

Gassner says the project has led him to question when and how something is censored, particularly when parents are involved.

He points to parents petitioning schools to ban books from libraries, such as Harry Potter, and asks when that crosses the line.

"Is that censorship? Or are parents in their legal right to determine what their children are exposed to in schools?" He said.

Gassner says the list is only a start, with the group hoping to add more books as they discover them.