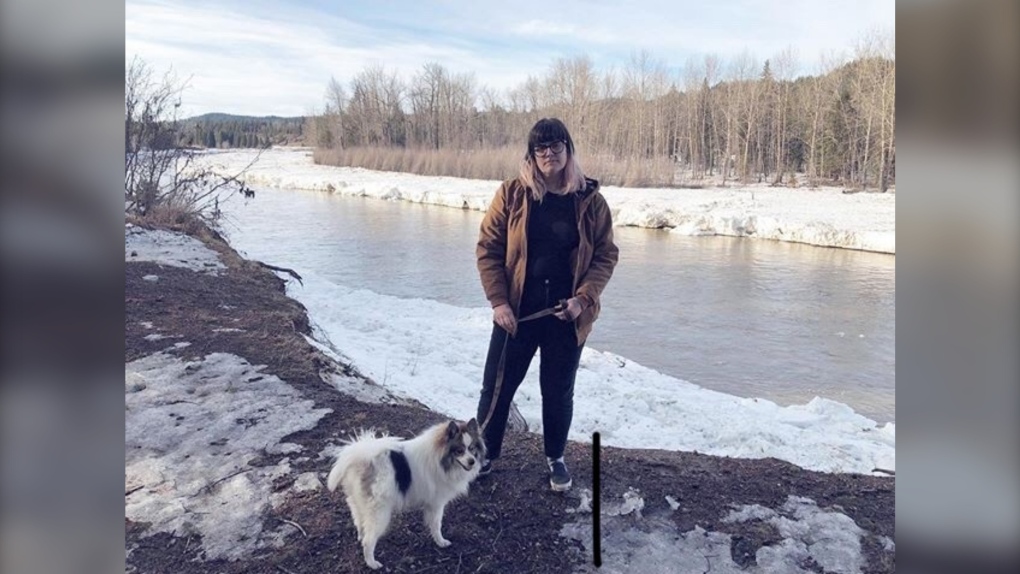 Juls Budau poses in this undated handout photo. Budau says her boyfriend faced discrimination and confusion when trying to access a legal, safe supply of drugs in B.C. THE CANADIAN PRESS/HO - Juls Budau

PRINCE GEORGE, B.C. -- At one point, Juls Budau says her boyfriend was going through $4,000 worth of cocaine in a week.

He would express a desire to get sober and then in the middle of the night ask for a ride to a nearby ATM to pay his drug dealer, Budau said in an interview.

When B.C. rolled out its new guidelines to provide a safe supply of prescription drugs, Budau thought it would provide a measure of relief and help wean her boyfriend off a potentially toxic drug supply.

But that hasn't happened and Budau believes medical professionals are not closely following the safe supply guidelines.

“It's been a struggle,” she said in an interview from Prince George. “I got the feeling everyone thought I was drug seeking on behalf of my boyfriend instead of helping him get off a really dangerous cocaine habit.”

British Columbia is the first province in the country to roll out safe supply guidelines over concerns street drugs would become more toxic during the pandemic and more users would do drugs alone. Advocates and drug policy researchers have praised the guidance as a good first step in tackling B.C.'s overdose crisis.

“When they have access to a more predictable supply of opioids or stimulants or benzodiazepines as the guidelines outline, folks are able to reduce or eliminate illegal activities,” said Cheyenne Johnson, the co-interim executive director of the B.C. Centre on Substance Use.

The access to a safe supply of pharmaceutical drugs is a particularly pressing issue in northern B.C., which saw the highest rate of overdose-related deaths in March.

Budau's experience highlights the problems users can face when trying to get a safe supply of drugs in communities outside of Metro Vancouver, health-care workers say.

So-called wraparound care is available in the larger city where access to health care and housing is linked, such as in Vancouver's Downtown Eastside where a drug user can see a medical professional who has ties to the building they live in.

“Ultimately, this guidance works incredibly well in particular contexts, particularly where there's this wraparound care that we have in very limited settings,” said Dr. Ashley Heaslip, a medical lead with the PHS Community Services Society, which provides housing and health care in Vancouver and Victoria.

Heaslip said the guidance should be adjusted in the future to help people living outside the larger cities.

“There won't be a one-size fits all approach,” she said.

Johnson agrees, saying the guidelines have faced challenges in communities where a family doctor, for example, is tasked with handling the new prescriptions. Drug dosage has emerged as a problem, particularly when a patient may live far away from the prescriber.

Zak Matieschyn, a nurse practitioner in Nelson and director of the addiction medicine nurse practitioner fellowship with the B.C. Centre on Substance Use, said he faces a struggle when determining dosages for patients who can live up to an hour away.

The difficulty is similar to what he encountered when prescribing methadone, he added.

“Is it reasonable to give someone three days' worth of drug for them to use? Are they going to use it correctly or are they going to divert it and sell it?” Matieschyn said. “What are the impacts on the community versus doing nothing?”

It's a situation Budau is familiar with.

Her boyfriend was prescribed 40 milligrams of Ritalin, despite being eligible for 100 milligrams a day as an alternative to cocaine.

“When they prescribe Ritalin for ADHD (attention deficit hyperactivity disorder), they prescribe it as a small amount and work their way up” said Budau. “That's not really appropriate for someone doing $300 to $700 of cocaine in a day.”

About 450 people are being prescribed legal pharmaceutical alternatives to illicit drugs across B.C., with 400 in the Vancouver area and at least 50 on Vancouver Island, say the health authorities for those districts.

The Northern, Interior and Fraser health authorities either declined to provide the number of people being prescribed drugs or directed questions to the Ministry of Mental Health and Addictions, which said it did not have figures for those areas.

PharmaNet, a database that records prescriptions dispensed at community pharmacies, shows a 91 per cent increase in the number of people being prescribed hydromorphone - a painkiller used to help opioid addiction - between April and March. A ministry spokeswoman said they are unsure if the increase is tied to the guidelines being followed.

Northern Health could not be reached for comment on the safe supply guidelines.

Budau hopes the guidelines will be more closely followed in the future for those outside of Vancouver.

“It will reduce overdoses so much,” she said. “But the way the safe supply bridge was cut off was dangerous.”

This report by The Canadian Press was first published May 23, 2020.