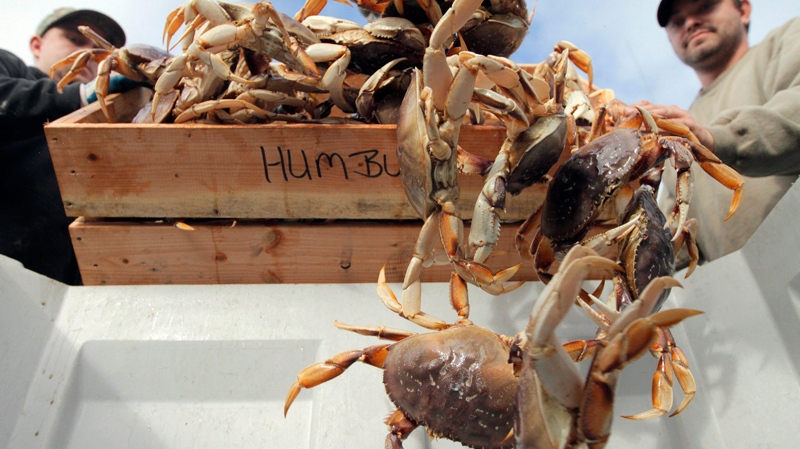 A Department of Fisheries management plan says the fishery was supposed to close March 1 until August 1 because of moulting by the invertebrates, but it has remained open while crabbers collected samples and data.

Jeff Johansen of Fisheries and Oceans Canada says fishermen began catching crabs in their test traps in March, and every time a test came back inconclusive, the crabbers encourage the agency to keep the industry open.

But he says there just wasn't enough data collected, and federal officials weren't convinced they could keep the industry open, so they closed it out of precaution.

Paul Edwards of the Area A Crab Association disputes the closure, saying the fishery has remained open based on samples collected and paid for by the crabbers, and the data has only been improving.

He says the agency won't release an analysis of the data, which is the focus of the dispute, adding the fishery has never been closed down this late and its impact will be an economic catastrophe.

"This was a bad decision, it was a non-science based decision and it directly affects the incomes of 150 families, and it's critical to the Prince-Rupert-Masset-North Coast Area," said Edwards.

"The fishery's managed for all Canadians, right, not just for the commercial harvesters, so we need to consider the conservation aspect of it," said Johansen. "So we need to be precautionary when we don't have the data, confidence, in leaving the fishery open."