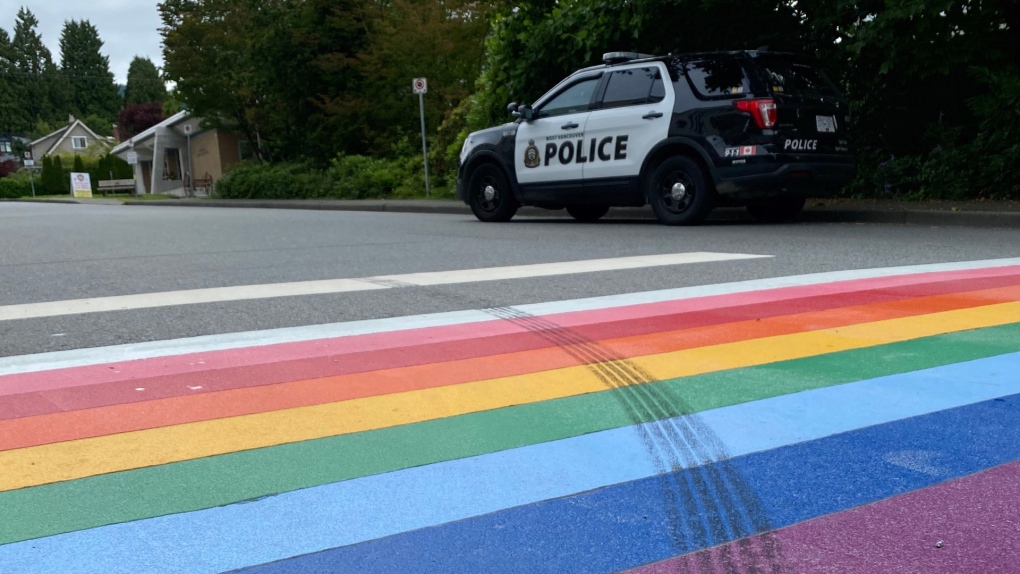 VANCOUVER -- Police say they are not considering criminal charges in connection with an incident that left black tire tracks across a Pride crosswalk in West Vancouver.

After reviewing evidence and interviewing the driver, two charges were laid under the Motor Vehicle Act, according to Const. Kevin Goodmurphy.

"It does not appear that this incident was motivated by hate," he said in an emailed statement.

Last Wednesday, police released surveillance video of a Mustang believed to have been involved in the incident, along with photographs of black tire streaks on the department's new rainbow crosswalk at 16th Street and Esquimalt Avenue.

Police say staff inside the station heard a "loud and sustained" tire squealing on Tuesday afternoon just after 4 p.m. The car left the area at a high rate of speed and was not located, according to police.

At the time, police were concerned the crosswalk had been defaced intentionally as a "gesture of hate."

Goodmurphy says they have had "nothing but support" after the crosswalk was installed and believes that represents the majority of the community.